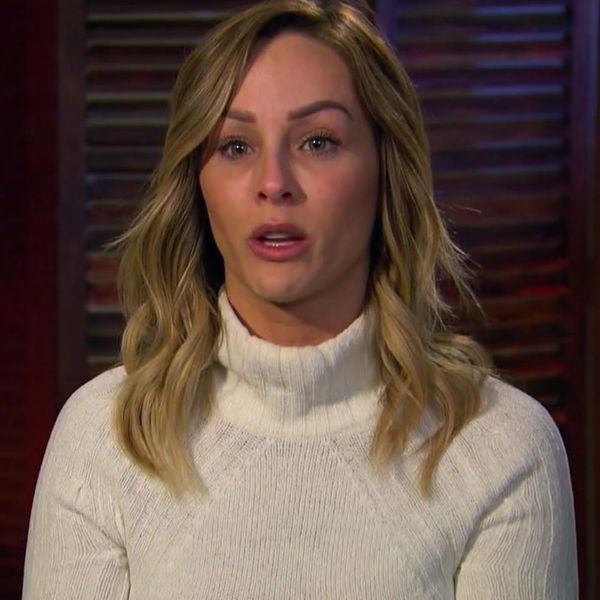 The Bachelor Winter Games are heating up… or starting to cool down considering this is the second episode of four. Tuesday’s episode introduced us two, I don’t know, a bajillion former contestants from Bachelor shows all over the world as we watched them risk serious injury and heartbreak on the ski lift to everlasting loooooove. A more up-to-date news cycle indicates that at least two of our winter daredevils found love on and off screen but what will happen with one of our sentimental favorites? Honestly, I’m mostly watching at this point to see who sustains permanent physical damage from these winter sports so we can see a lawsuit-themed Bachelor spin-off later this year.

The second event is… speed skating. Just speed skating. Who is coming up with these events? Not only do they involve serious danger since most of these weirdos have never skied or ice-skated, but it’s just really boring to watch them do it poorly. In order to make it just the slightest bit more interesting, the finals of the speed-skating challenge aren’t between the best skaters, but rather the worst skaters. Fine, that twist will have to do. Dean and Stassi are the best of the worst skaters and now have a major life-or-death date card decision to make.

Jordan (Bachelor New Zealand) was missing from the last episode because of visa issues and finally makes it to the house to start some drama. Allegedly, Jordan was into neither of his final two women on The Bachelor New Zealand and flipped a coin to make his final decision. He cops to this and says that the woman he picked cried on television about it, making it impossible for him to tell his story. Stassi seems to be interested in hearing Jordan out but Ben and much of the house force Jordan to defend himself before toasting to redemption and new beginnings. How sweet.

This break in conversation is enough for Stassi to choose Luke for her one-on-one date after they both discover that they have had major medical issues with their hearts in the past. They take a horse carriage ride to a wood-burning jacuzzi. Luke is a bit triggered by the jacuzzi because it’s the same type that he and JoJo went in on The Bachelorette but he takes it as an opportunity to reflect on how physical his connection was with JoJo as opposed to the deep spiritual connection he has with Stassi. It’s getting very emotional for these two and I’m already clutching my handkerchief wondering how they’ll work out the distance issue as they fall deeper into love. Sigh.

Kevin and Bibiana seem to be just fine until he starts to express interest in Ashley for some reason. He talks to Ashley for a while and gauges her interest. He’s a one-woman Canadian gentleman and has to have a full handle on the situation with both of his nutty paramours. Ashley’s definitely interested, so Kevin closes the door on Bibiana and starts up a relationship with Ashley. This would seem to open the door for Bibiana to go nuts, but maybe-terrible New Zealand Jordan immediately takes a liking to Bibiana, so fewer frozen tears will be shed in Vermont.

Lesley and Dean are heating up but has Dean matured enough since Paradise to have a relationship with confident and brave Lesley? He doesn’t seem interested in any of the other women but is still nervous about moving too quickly yet again. Dude, this show is on an even quicker schedule than you’re used to and Lesley wants you to man up, so you’d better graduate from baby bro to man baby bro quick. Of course, he takes Lesley on the date. They go tubing and make out after they crash and they both look very smitten and sooooo cold.

Clare is caught in a love triangle between Benoit and Christian and both of these suave internationals are in it to win it with her. But is she really into either of them? Christian wants to have a hot tub date with her but Clare is more interested in drinking in the bathtub with Lesley. Christian waits for Clare for an hour and ends up alone in the hot tub. Ouch. The next day, Benoit takes Clare aside and tries to define the relationship, but for Clare there is no relationship potential. This crushes Benoit, who was expecting that love would blossom the day before his 31st birthday. He decides to leave the house, leaving Clare sad but open to pursuing something with Christian.

Or not! Christian complains to other housemates that Clare broke a date in the hot tub with him. When Clare hears about this, she confronts Christian. Many of the previous nights, she’s tried to find Christian for alone time only to discover he’s asleep, so she’s not convinced that he’s putting forth enough of an effort. He’s disappointed that she didn’t follow through on their hot tub date and that she kissed Benoit. This is the most confusing and contentious hot tub incident of all time and people have been murdered in hot tubs.

Later at the cocktail party, Clare and Christian fight even more and it seems like it’s the end of the road for them over this stupid hot tub drama. Meanwhile, Kevin and Ashley’s fast-moving romance upsets Australian Tiffany who really thought that she had something special with Kevin based on one couch conversation. Who will save her when it looks like most others are paired off? After die-hard couples Courtney and Lily, Luke and Stassi, Jordan and Bibiana, Josiah and Ally, Dean and Lesley, and Kevin and Ashley affirm their love in roses, Ben is up, giving Tiffany some hope. Ben decides to give his rose to the person who experiencing the most uphill battle in the show, Yuki. This is a popular decision, but Tiffany’s very sad and basically doomed at this point.

Or. Is. She. Michael steps up and gives her a rose, recognizing that she’s truly in the house to find love. Wonderful! Now, here’s the question. Who is Michael? As much as I play self-deprecating on not being able to keep up with all of these people, I am a dedicated note-taker and Wikipedia referencer and I legitimately missed this guy on the first two episodes. For all I know, they just hired a guy from craft service to give Tiffany a rose. This franchise is wild! Christian ultimately decides to give his rose to Clare, despite their hot tub wars, and Clare accepts because they’re both clearly terrible and annoying people who deserve each other. Peace be with you to Swedish Rebecca and Finnish Jenny, who will never find authentic American love.