Here’s Your First Look at Hilary Duff As Sharon Tate 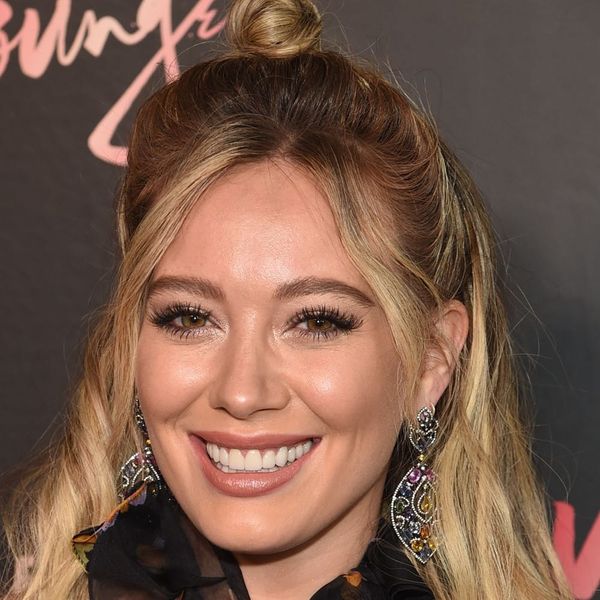 If your mind was blown by Zac Efron’s transformation into serial killer Ted Bundy, brace yourselves: Yet another former Disney star is getting made over for an uncharacteristically dark role, and it just may be her most shocking switch-up yet. Hilary Duff, who was tapped as the lead in the upcoming independent film, The Haunting of Sharon Tate, has morphed into the iconic ’60s actress with a feathered ‘do and kohl-rimmed eyes, and the resemblance will give you chills.

The mom of one gave us a sneak peek over on her Instagram, where she posted a shot of herself rocking a center part and over the top lashes, à la the late Hollywood actress. “Had the incredible opportunity of playing Sharon Tate the past two weeks in an independent movie,” the former Lizzie McGuire actress wrote.

Had the incredible opportunity of playing Sharon Tate the past two weeks in an independent movie. She was an amazing woman and it was a true honor

The effect was enough to have some fans doing a serious double take. “Wow! I thought you were Sharon when I first looked!” one commented, while another noted, “Before I read the description I thought omg @hilaryduff looks just like Sharon Tate!!!”

Of course my faves are the “Lizzie” also not really pregnant guys....just shooting a movie ☺️ @glassesusa muse x Hilaryduff which are your faves???? Tell me tell me now!

The 30-year-old raised some questions several weeks prior when she posted a video of herself rubbing what appears to be a pregnant belly. “…Just shooting a movie,” she captioned the pic.

Duff also playfully showed off a shot of herself with her “baby” while wearing a vintage polka dot dress and standing in front of an old-school cop car.

Tate, who was pregnant at the time of her death, was tragically murdered nearly 50 years ago at the age of 26 by members of Charles Manson’s cult.

As Duff wrote in her caption for the transformation shot, “She was an amazing woman and it was a true honor.”

What do you think of Hilary Duff’s transformation into Sharon Tate? Let us know @BritandCo!