Wait. What? Yes, You Can Already Buy iPhone 6 Cases 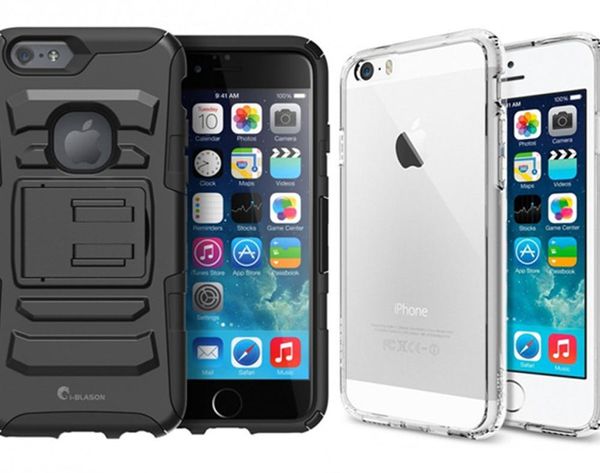 It’s (basically) official: come September 9, we’ll all get to feast our eyes on Apple’s long-awaited release — the iPhone 6. While there has been much speculation around what it looks like, including renderings and “leaked” photos, we don’t have official, Tim Cook-approved confirmation. Um, but that hasn’t stopped some Amazon vendors from selling cases for them.

Yes, you read that right. Sellers are so confident they know all the specs for the iPhone 6 that there are at least 100 phone cases for sale on Amazon for the phone right this very sec. You can even buy screen protectors, car mounts and kickstands. Every case being sold measures 4.7″ long. That’s the web’s general consensus for the iPhone 6’s first screen size. There are also rumors that a larger, more Android-style phablet (phone tablet) will come out a month after the smaller iPhone 6, and will measure 5.5 inches long.

If you’re the type to plan ahead or are an adamant early adopter, you’re probably extremely excited about this. However, upon closer inspection of the Amazon iPhone 6 goods, you’ll quickly notice that many of them won’t be “in stock” until September 30. That’s approximately three weeks after the big announcement, which will give sellers plenty of time to readjust the size if the rumors are incorrect.

In addition to Amazon, big iPhone case retailers, like  i-Blason, are also offering customers iPhone 6 cases on their sites. It’s really unclear what the rush is, especially if the result means getting the wrong size case for your new phone. We totally get that people want to be prepared when they get their shiny, new iPhone 6, but can’t it wait until the big announcement at least? Oh well, we guess pre-ordering beats lining up around the block…

Would you buy an iPhone 6 case without knowing the actual size of the phone? Tell us in the comments!

Sara Tan
Sara Tan is a lifestyle writer and editor who is obsessed with all things fashion, food, and pop culture. She's originally from LA, but recently relocated to Oakland, CA. When she's not sitting behind her laptop, you can find her shopping sales, spinning at SoulCycle, or exploring her new city with her French Bulldog by her side.
Apple
Tech
Apple iPhone iPhone Case