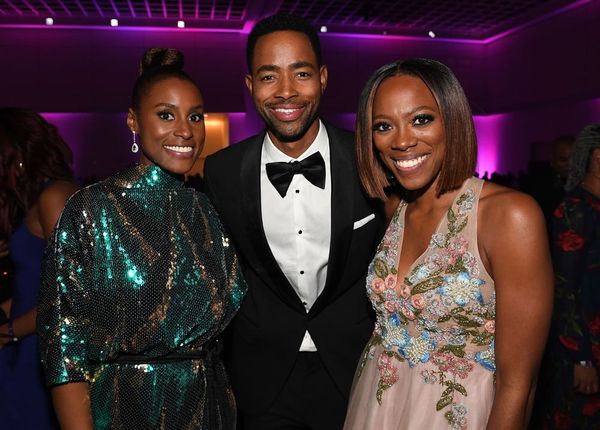 It looks like wedding bells may soon be ringing for Issa Rae, as the Insecure star and creator is reportedly engaged to longtime boyfriend Louis Diame. Rae herself has not confirmed the engagement, but her costars couldn’t resist gushing over the couple on the red carpet at the NAACP Image Awards this past weekend.

“The reaction was all the same, like, ‘You out here in these streets getting married, boo!?'” Yvonne Orji, who plays Rae’s on-screen best friend Molly, told ET. “That was the reaction. We’re very excited for her.”

Rumors first surfaced that the pair were engaged after Rae appeared on the cover of Essence magazine wearing a sparkling diamond ring. The actress has not yet commented, preferring to keep her personal life out of the spotlight.

During an appearance on The View on Monday, April 1, the Little star was asked point blank about the ring but brushed off the questions with a laugh. “I’ve got a lot of rings on my finger,” she quipped. “I wear jewelry, you know?”

RELATED: Issa Rae Is Challenging What Hollywood Thinks is Relatable