Jane Fonda Says “No Thanks” to Photoshop for Latest Magazine Cover 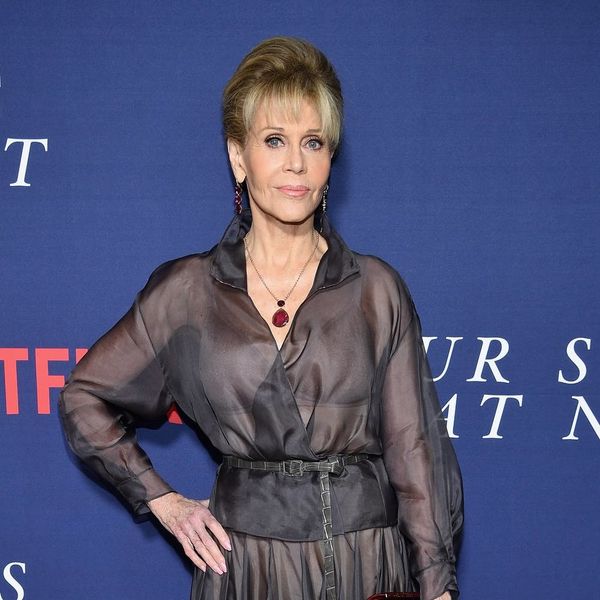 She’s one of the biggest beauty icons in the world, and just days after making her runway debut at Paris Fashion Week at 79 years old, Jane Fonda covered Town & Country‘s November issue. While she’s always flawless as hell, this cover is special, because Fonda agreed to go unretouched.

Introducing our November issue, featuring the legendary Jane Fonda. Click the link in our bio for her candid interview about Hollywood, politics, and filming sex scenes at 79. 📷@maxvadukul; styled ✨by @therealnicolettasantoro in @ralphlauren & @vhernier.

The Grace and Frankie star posed for a series of stunning shots for the magazine and, in true Fonda fashion, gets candid about everything. On how she hates talking about her recent “career resurgence,” the star quipped, “Who gives a rat’s ass? Oh, I’m sorry. It’s just that, with everything going on in the world, our country, it’s really hard to talk about myself or entertainment right now.”

Fonda explained that political activism is nothing new for her (“I became an activist in 1970, and if I can give any advice it’s this: We mustn’t normalize this presidency,” she added), but she did open up about the pressures that she has faced in her life as a woman, simply saying that perfect just doesn’t exist.

“Perfect?” she asked. “It doesn’t exist. What matters is that you’re whole. I felt so much of my life that I was two people. There was this person everyone saw, and there was another person who lived outside of me, alongside me, who had been delegated all of the imperfect stuff. To become whole, you reach around and pull all those shadows in and they join your light — you put it all together inside your skin. And you accept that, yes, I’m flawed, but my intentions are good, and I will never be perfect, but I will continue to evolve toward that.”

How do you practice accepting all of who you are? Tell us @BritandCo.

Arielle Tschinkel
Arielle Tschinkel is a pop culture junkie who went to NYU because the Olsen twins went to NYU (really). She is a freelance writer whose work has also been featured on HelloGiggles, Refinery29, SheKnows, Bustle, Hollywood.com, and many others; and she's living her dream one Britney Spears GIF at a time. Follow her on Twitter @mrstschinkel or visit her website at arielletschinkel.com.
Celebrity Beauty
Beauty News
Celebrity Beauty Photoshop