The Jonas Brothers Open Up About the Reason for Their 2013 Split: ‘It Was Not Good’ 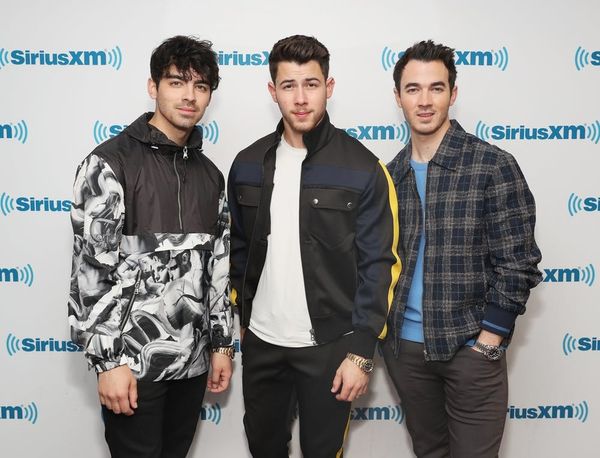 The JoBros are officially back! After dropping photographic clues of a possible reunion waaaay back in January 2018, the Jonas Brothers treated the world to a new song called “Sucker” (complete with a music video starring Priyanka Chopra, Sophie Turner, and Danielle Jonas) on February 28. Now they’re opening up about the reason behind their 2013 split, as well as what sparked their reunion.

Sitting down for an in-depth interview with Z100’s Elvis Duran Show, Nick, Joe, and Kevin spoke candidly about the band’s breakup, with Nick admitting, “When it ended, it was not good.” What followed “was a couple years of rebuilding our family, and in our mind it seemed impossible for us to do this ever again.” In 2018, however, the brothers agreed to film a documentary about their lives, which changed everything.

As cameras began rolling, they started to mend their relationship. “We spent a lot of time filming again, and then I think we realized that there was a magic there we missed,” Nick continued. “I sort of began the conversation about doing this again and after a few more conversations they came around.”

“Thankfully, some good healing happened during filming this documentary,” he added. “Now looking up almost a year later, we’re in the best place as family, which is the most important thing. From there, this music and new chapter have just been incredible.”

Comparing filming to therapy, Kevin elaborated, “[It] was great because we had to have real conversations and not hold back.” But he was just as surprised as anyone when they actually got back into the studio. “I never thought it was going to happen because when people say, ‘Things were bad’ — it was,” he confessed.

Joe echoed his brothers, explaining, “We had to work through and understand what we were going through when we were that young. It was interesting because for so many years we just put it under the rug,” he told Duran. “We said, ‘We’re done, let’s just try to rebuild our friendship and our relationship as brothers — it just happened in its own time.'”

As for the most rewarding moment of their reunion so far, Nick raved, “The magic, I can’t stress that enough. … The benchmarks I’ve had in my career never added up to what I had with my brothers.”

So if you’re wondering if there’s more music ahead, the answer is a big YES. Lots of music, in fact. Deciding to pull elements from Nick’s hit singles, DNCE’s vibe, as well as greats like the Bee Gees, Stevie Wonder, and Fleetwood Mac, the brothers ended up with a whole new sound they love and, as Joe revealed, “30 to 40 songs that we are excited to release, so I think in the next few months you’re going to hear more.” We can’t wait!

Barbara Pavone
Barbara Pavone is a pop culture-obsessed writer based in beautiful (but ridiculously cold) Montreal, Canada. When she's not working, she's sipping on a Pimm's Cup and daydreaming about her celebrity hero, Saint West.
Music
Music
Music
More From Music