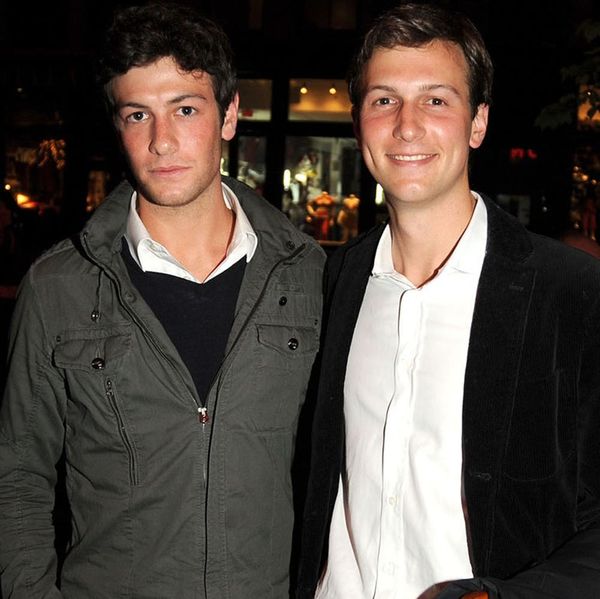 Today was a monumental day in women’s history. An estimated 2.7 million women marched across the US to stand up for women’s rights on Trump’s first day in office. Feminist icons like Gloria Steinem, Elizabeth Warren and Angela Davis were there. Also present was Ivanka Trump’s brother-in-law Josh Kushner. Josh is the longtime boyfriend of Karlie Kloss and the younger brother of Jared Kushner, Ivanka’s husband and a senior advisor to newly sworn in President Trump.

Oh hey, it's Jared Kushner's brother at the #WomansMarch pic.twitter.com/Zln3So53oa

Kushner was spotted by fellow marcher Jessica Sidman who is an editor at The Washingtonian. He told the publication he was there “observing.” While his attendance obviously comes as a bit of a surprise, it isn’t a complete shocker. His spokesman confirmed to Esquire a while ago that Joshua is a lifelong democrat and would not be voting for Trump in the 2016 election.

His attendance at a march that’s clearly rejecting Trump and his cabinet picks might initially feel like a public jab at his brother, but here’s the thing, it doesn’t have to. Sometimes family members have different political views. For many of us, all those holiday dinners held after the November election made that pretty obvious. If anything, Josh’s presence there should serve as a reminder that we all have different views, but that’s what makes a great democracy.

Were you at a march today? Share your pics with us @BritandCo.