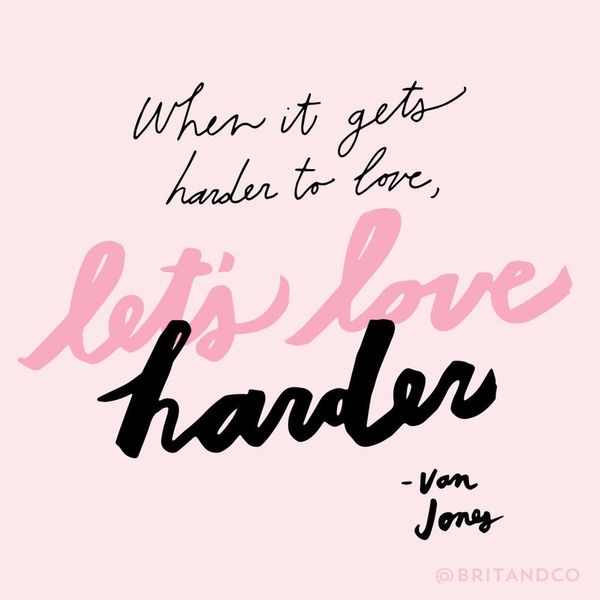 If you’ve been watching all the amazing speakers at today’s Women’s March in Washington as closely as we have, there’s no doubt that you, like us, have been BEYOND moved by their empowering words. But jusstttttt in case you missed them (or simply want to hear them again!), we’ve rounded up a few of our favorite quotes from the uber-inspiring women and men we heard talk today and turned them into these beautifully downloadable forms. (They’re also available on our Brit + Co Instagram, Twitter and Facebook feeds!) Just click the image to see the full file. We’ll be adding more of them throughout the day, so check back for more later on — happy reading!

1. Gloria Steinem: “The Constitution doesn’t begin with ‘I the President.’ It begins with ‘We the people.'”

2. Senator Kamala Harris: “There is nothing more powerful than a group of determined sisters marching.”

3. Rhea Suh: “One woman turns into one march turns into an entire movement. That is a powerful thing.”

4. Cecile Richards: “We’re not going to take this lying down. And we will not go back.”

7. Janelle Monae: “Whenever you want to give up, you must always choose freedom over fear.”

9. Women’s March signs: “Feminism is the radical notion that women are people.”