Discover Which Kardashian You Are, Based on Your Horoscope Sign 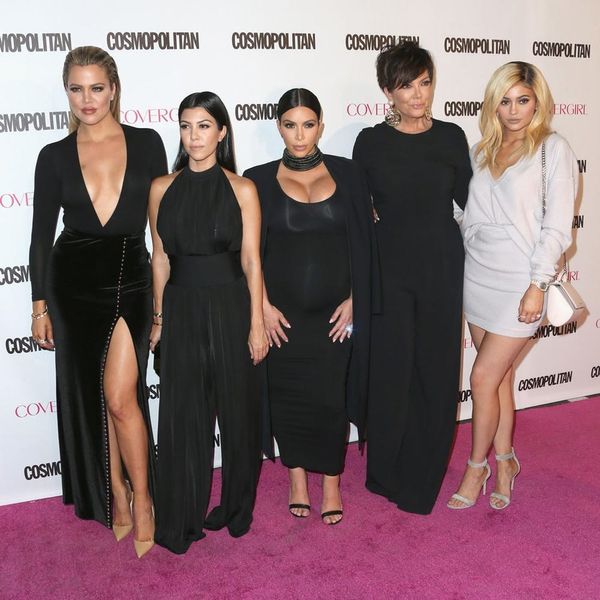 Admit it: You’ve wondered what it would be like to be a Kardashian for a day. No matter what you may think of them, they orbit inside an incredibly fascinating self-made world, and one that we wouldn’t hate to inhabit for a day (daily glam squads for eyelash extensions and workouts with a serving of body positivity, anyone?). Of course, as mere mortals, we’ll never truly know what it feels like to be a Kardashian, but we can at least decipher who we’d be if we were — by using the stars as our guide.

1. North: North dominates the Kardashian-West manse, of that we have no doubt. The pint-sized style star has a fearless, adventurous spirit that totally vibes with Aries’ confident, courageous ways. North, and you, dear Aries, are two badass babes everyone wants on their team. (Photo via Craig Barritt/Getty)

2. Caitlin: As a former gold medal-winning Olympian, Caitlin has that characteristic determination and persistence that makes a Taurus so successful. She’s also incredibly devoted to her family. Even after all her major (and majorly public!) life changes the past two years, she remains private, warm and stable — all things that make you such an amazing person, Taurus! (Photo via Dimities Kambouris/Getty)

3. Mason: The oldest Disick kid is funny as hell, lively and fun — just like you, Gemini. Mason already knows how to win over the crowd with his positive energy and outgoing personality, which makes him the poster child for the Gemini sensibility. (Photo via Ari Perilstein/Getty)

4. Rob: Sweet cancer, you’re the sensitive one of the bunch, always looking out for your friends and playing the supporting role in your relationships. Rob has done the same within his limelight-seeking family, eschewing the spotlight for a more quiet existence. (Photo via Paul Zimmerman/Getty)

5. Kylie: With 57 million Instagram followers to date, calling Kylie popular may just be the understatement of the millennium. With a lip kit that sold out in seconds and an ever-evolving head of hair, Kylie’s creativity and broad-mindedness is serving her well. She may not be a Leo herself, but she sure embodies all your best traits. (Photo via Frazer Harrison/Getty)

6. Kim: Perfectionism runs through your veins as swiftly as your creativity, Virgo, and Kimmy K has both in spades. And calling Captain Obvious: She’s incredibly successful and smart about how she handles her business. Those are two things you take quite seriously. (Photo via Monica Schipper/Getty)

7. Scott: The men in the sisters’ lives are honorary Kardashians; they kind of have to be to have a fighting chance of keeping up with them (get it?). Scott has that quintessential Libra charm. He’s a social butterfly who can be engaging and quick (when he wants to be) and definitely has your taste for the finer things in life, Libra. (Photo via Dave Kotinksy/Getty)

8. Kris: Love her or hate her, Kris Jenner’s determination, intuition and passion are the driving forces behind every one of her kid’s incredible success. She’s unstoppable when it comes to getting what she wants for herself and those she loves, the true making of a fierce entrepreneur. Sound familiar, Scorpio? (Photo via Pascal le Segretain/Getty)

9. Khloe: Khloe is known for telling it like it is, even if it is a little hard to hear. She’s also hilarious, optimistic, good humored and introspective (those Instas she posts are #truth). Ask anyone who their favorite Kardashian is, and they’ll almost all say Khloe. In other words, she’s a textbook Sag! (Photo via Cindy Ord/Getty)

10. Kourtney: If there’s a Kardashian to be called reserved and prudent, it’s Kourt. She was the first in the family to start her own business, she’s super healthy and is a total homebody. That discipline and practicality are total Cap traits. Plus, the girl is loyal to a fault — something we know you can relate to, Capricorn. (Photo via Matt Winkelmeyer/Getty)

11. Kanye: Original, inventive, eccentric — Kanye and Aquarius are two peas in a trend-setting pod. Of course, Ye can get a little unpredictable and contrary too… which we know you’re well-versed in, you water sign, you. (Photo via Jonathan Leibson/Getty)

12. Kendall: For a Kardashian, Kendall is incredibly reserved. She’s thoughtful, sensitive and alluring in a much more subtle way than her Kardashian kounterparts. Basically, she’s a perfect representation of your best qualities, Pisces, and who doesn’t want a supermodel for a mascot?! (Photo via Frazer Harrison/Getty)

Do you feel a kosmic konnection with your Kardashian zodiac match? Tweet us @BritandCo and let us know!