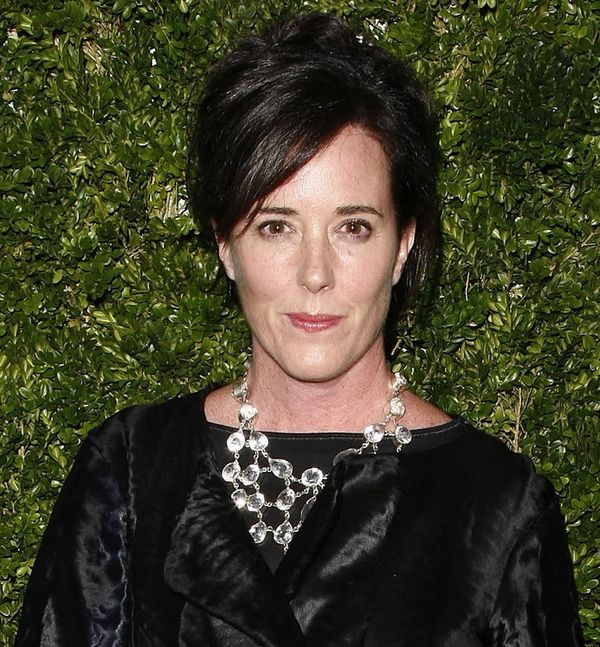 Fashion designer Kate Spade has died at the age of 55, law-enforcement officials confirmed to the Associated Press on Tuesday, June 5. According to the AP, Spade died by an apparent suicide and was found by her housekeeper at her apartment in New York City on Tuesday morning.

Spade, born Katherine Noel Brosnahan, began her career in fashion in 1985 as an assistant at Mademoiselle magazine in New York. After five years, she rose up to become senior fashion and accessories editor when she spotted a void in the marketplace for classic, well-designed bags that appealed to jet-setters and working women alike. She eventually left her post at the publication to pursue her own line of accessories full time.

In 1993, Spade officially launched her line of now-iconic handbags, known for their distinctive mix of sleek, utilitarian shapes with modern fabrications and bold, fun colors. The Kate Spade empire grew to include clothing, stationery, eyewear, and an assorted range of accessories that were sold in more than 450 stores around the world.

Her unique brand stood out not only for its inherent charm and sense of whimsy, but also because of the designer herself, who embodied a refreshing mix of Midwestern approachability and New York refinement. Spade and her husband/business partner Andy oversaw the company that changed the way women around the world approached luxury accessories before they sold the brand to Neiman Marcus Group in 1999.

Spade is survived by her husband, Andy Spade, and a 13-year-old daughter.

Desiree O
Desirée O is a ‘Professional Bohemian’ who loves anything and everything related to the arts, entertainment, and pop culture. She ADORES being a ‘Newsy’ for Brit + Co, covering all of the latest tidbits of awesomeness that you want to read about. When she’s not writing, she’s either making messy art, going on long adventurous walks with her camera, or poking around over at bohemianizm (http://www.bohemianizm.com/). You can find out about Desirée O and her work at http://DesireeO.com/ or follow her on Twitter @DesireeO.
Designer
Style News
Designer
More From Style News