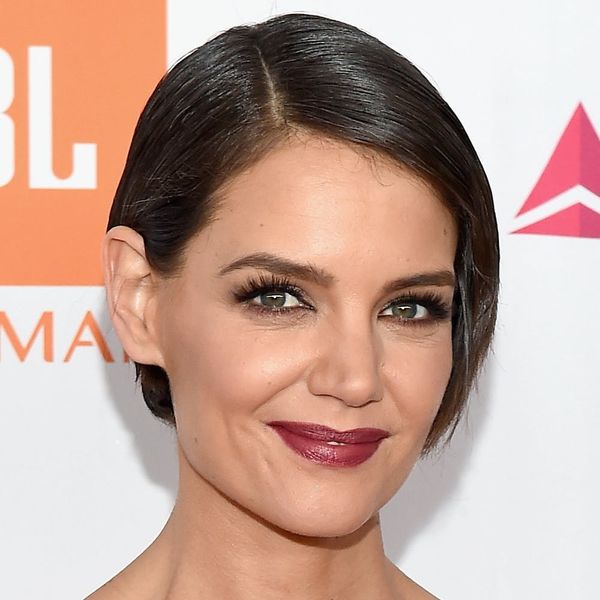 Katie Holmes and Jamie Foxx have had tongues wagging for some time now, with Real Housewives of Atlanta star Claudia Jordan (finally!) confirming their relationship to the masses back in 2016. Still, despite a few paparazzo snaps of the two showing some sweet PDA on dates, they’ve largely managed to keep their relationship out of the public eye… until now.

The lovebirds were both in attendance Clive Davis’ legendary pre-Grammys bash , and though the pair tried to maintain their low-key MO, with the Dear Dictator actress reportedly switching seats just before her man was announced by the evening’s host, the coyness didn’t last long.

Davis called the twosome out from the stage, saying, “This lady left the room right when I was going to introduce her, she was sitting at that table right with Jamie Foxx and everyone else.”

He then suggested they give up the gig, saying, “If you’re going to sit together, what better night than tonight?” Touché!

The couple appeared to take his advice, with Holmes, 39, eventually taking a seat beside the Robin Hood actor and looking more than ever, smiling as they gazed into one another’s eyes and sharing a chuckle between them. According to People, they also shared a dance as Logic performed.

Here’s to hoping we’ll be seeing more of their love in 2018!

Are you excited to see Katie and Jamie take their relationship out into the public eye? Sound off over @BritandCo.