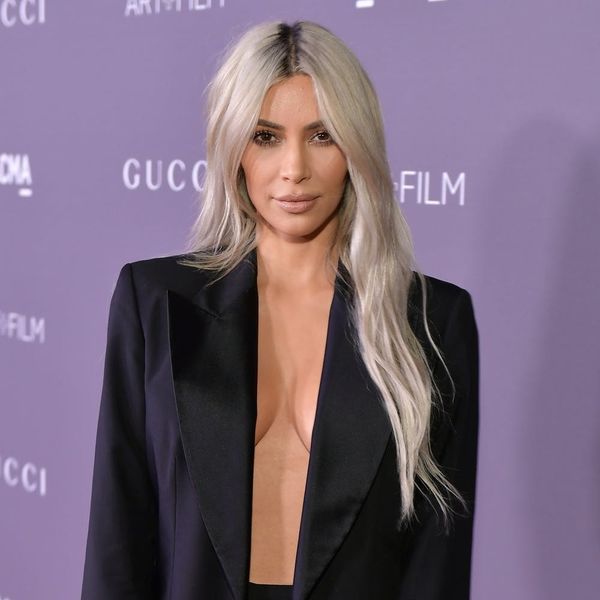 Kim Kardashian isn’t shy about trying to break the internet with skin-baring photos, even if she often receives criticism for doing so. Recently, the reality star sat down with her adorable grandma MJ to talk about all things family, including what, exactly, the 83-year-old thinks about all of those racy selfies.

“Do you think that we are, like, too sexy? Does that make you uncomfortable when I do photo shoots with my clothes off?” Kardashian asked MJ in a video on her website. “I’m dying to know.”

MJ, mother of Kardashian momager Kris Jenner, didn’t seem to take issue with the matter at all, and said she thinks that it’s just the way of the modern world.

“Well, I think you like to be nude, all you guys, and half the people on the internet,” MJ quipped. “It’s a thing now.” We’re not exactly surprised that the matriarch of the KarJenner brood would be so laid back, but we gotta say, it’s a refreshing attitude.

Ultralight Beams powders & gloss duo for $32 or the whole collection for $160 is launching at 12pm PST this Friday Dec 1st exclusively at kkwbeauty.com

MJ might not have grown up with the internet, but as it turns out, she was known to show a little skin in her day, too!

“I always wore a bikini when I was younger,” she told her granddaughter. “Even at home, I’d be dusting with an apron on, and I’d have a bikini. I always like to be free.”

My grandma MJ reveals how she REALLY feels when my sisters and I go nude: https://t.co/EpDqjLDCuA pic.twitter.com/Qjl2YzD8j2

What do you think of MJ’s attitude toward her family’s fondness of naked photos? Let us know @BritandCo!