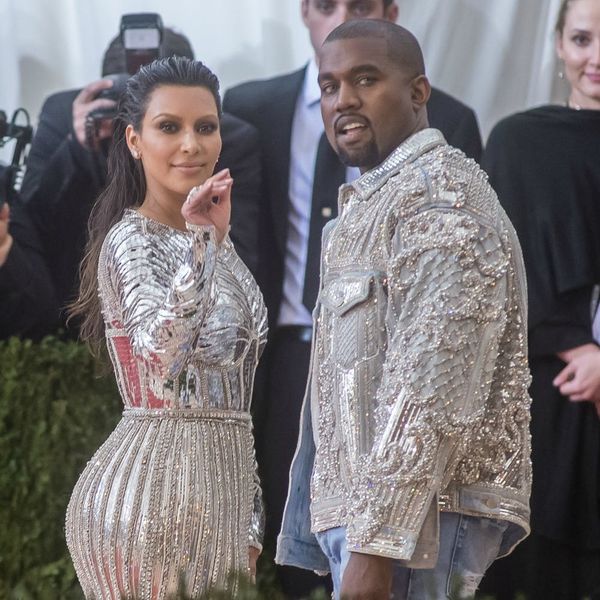 We think it’s fairly safe to say that Vogue’s best dressed Met Gala couple Kim Kardashian and Kanye West don’t exactly lead a “normal” life — not by conventional standards, at least. How can you, when you’re A) part of the Kardashian clan, and B) married to and/or are Kanye West, a man known for drumming up constant hijinx?

Case in point? The daddy of North and Saint West (AKA Kim’s little mini-me!) just basically won Mother’s Day when he pulled off a truly EPIC stunt for the mother of his children, and TBH, we’re not even quite sure how he did it.

When Kim woke up this morning, instead of your typical run-of-the-mill breakfast in bed, or flowers, (like Ms. Blake Lively received), she got… wait for it… a freaking live orchestra serenading her! And here’s the even sweeter kicker: The songs were all chosen especially for her by her daughter, North, whose selections included “Let It Go,” as well as several numbers from Annie. Oh. My. God. Here’s the two together, enjoying the moment:

Thanks to Vine user and BuzzFeed author @Julia Reinstein, who captured Kim’s fleeting Snapchats, we can also experience the magic of Kim’s insane gift.

Wow, Kanye. This is one moment we’re not sure if even you’ll ever be able to top, but our hats are off to you, regardless, sir!

Are you impressed by Kanye’s stunt? Let us know over @BritandCo!

Nicole Briese
Nicole is the weekend editor for Brit + Co who loves bringing you all the latest buzz. When she's not busy typing away into the wee hours, you can usually find her canoodling with her fur babies, rooting around in a bookstore, or rocking out at a concert of some sort (Guns N' Roses forever!). Check out all her latest musings and past work at nicolebjean.com.
Gifts
Music
Gifts Music
More From Music