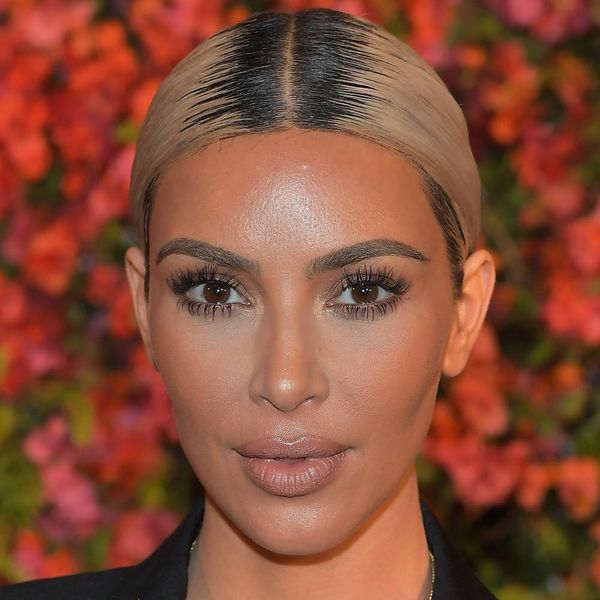 Kim Kardashian West announced the arrival of her daughter, Chicago West several weeks back, and while we’ve yet to see a pic of the little babe, we *do* know what’s in her nursery, thanks to an interview the mother of three just gave to Architectural Digest.

The reality star/beauty mogul revealed that rather than spending a fortune on all new baby gear, she’s repurposing some of her old goods, saying, “I’m pretty much using the same crib and everything that I had for our other kids. We have a [Nursery Works] Vetro lucite crib ($4,500) and we have a [Jean] Royère bed in there, and a really fluffy cream rug. We had a changing table made.”

As for the rest of the furniture, West, 37, explained, “I have a glider with an ottoman for feeding; With the first baby, I had a rocking chair, and I just love a glider so much more — you can move easier.”

While she didn’t give a specific theme or color for the room, considering that the family’s entire home is done up in “light colors and woods and soft and natural colors,” it’s a safe bet that the new babe’s quarters would follow suit.

Still, the light color palette isn’t without its perils with a four-year-old, a two-year-old, and a newborn, on-hand — as the KUWTK star shares, North got purple nail polish “All over her little kid’s vanity, all over her toys, and all over the walls,” all in the space of five minutes.

“Oh, my God. I run around the house with towels,” she told the outlet. “You do have to just take a deep breath and say, ‘Okay, it’s going to happen. We decided to have lighter colors.’ Our last house that we just moved out of was all grays, which was a good test, because we knew we were going to move into a lighter house. We have a great playroom, and that’s where all the markers and the paints and the colors are and I really overdo it in the playroom so that by the time they’re done there they have no desire to take a pen on a nice piece of furniture.”

And even if the little ones DO stray into another room with their art supplies, she’s got it covered. “Everything in the house is Axel Vervoordt furniture, and he uses these linen fabrics that we can easily clean.”

What do you think about the Wests’ baby picks? Tell us @BritandCo!

Shea Lignitz
Shea can be found in the nearest bookstore or brewery, exploring the great outdoors, or blasting Led Zeppelin. She grew up in the cold and rain of Northern California's redwoods but is currently wandering around Texas.
Baby
Home News
Baby Celebrity Home