Kissing Is a Really Big Deal, According to Science 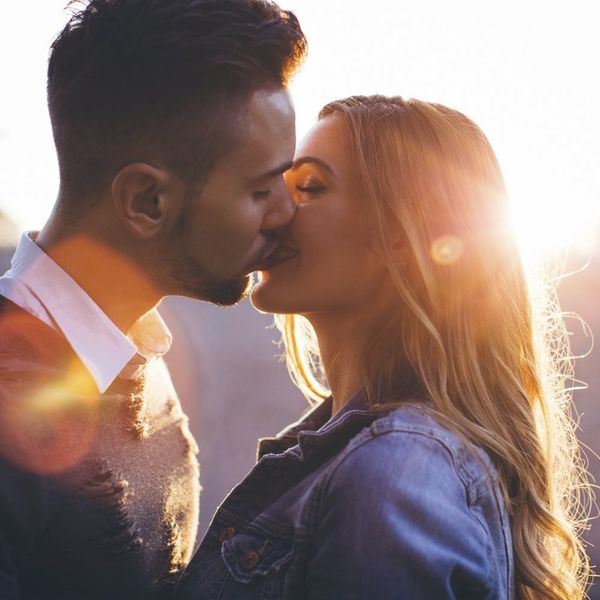 There’s a weird paradox out there in the dating world. On one hand, it’s known that Mr. or Mrs. Right will magically appear when the time is right — and that being single until then is totally the norm. On the other, it’s expected that you use Tinder’s gender update to pull in more potential suitors than ever. This pickle is called the Jane Austen problem, and researchers at Oxford University found in a study that kissing might be the solution.

The study surveyed over 300 men and just under 600 women, asking them to answer questions about the importance of kissing in both short-term and long-term relationships. What they found was kissing plays a huge role in sizing up potential partners and also determines if we’ll stay with them.

“In choosing partners, we have to deal with the ‘Jane Austen problem’: How long do you wait for Mr. Darcy to come along when you can’t wait forever and there may be lots of women waiting just for him?” Robin Dunbar, one of the authors of the study said. “At what point do you have to compromise for the curate? Kissing plays a role in assessing a potential partner.”

While there are actually six types of chemistry that affect compatibility in a relationship, the study found that kissing is an important measure for evaluating potential partners, primarily in three ways:

1. Evaluating a mate’s suitability. This is particularly a big deal with women looking to conceive soon. They assessed that “kissing a romantic potential partner at this time helps women assess the genetic quality of a potential mate.”

2. Create feelings of attachment and bonding. Because what better bonding is there than a solid lip-lock?

3. It’s not just about sex. While kissing was found to correlate to sexual relations and feelings, the researched showed that kissing isn’t the primary factor in initiating sex. But the authors noted, “People’s satisfaction with the amount of both kissing and sex did tally with the quality of that relationship.”

The study also found that kissing isn’t just important at the beginning of a relationship. In fact, the data illuminated that there’s a correlation between the amount of kissing between long-term partners and the satisfaction they have in their relationship. Kiss early, and kiss often, folks. Science says so.

What role has kissing played in your relationship? Let us know @BritandCo!