5 Reasons Why You’re Still Single, According to an Expert 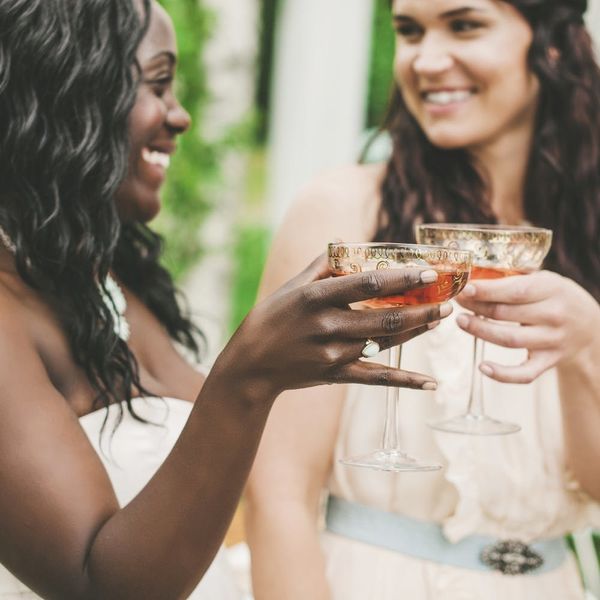 No matter the amount of #girlpower in your life, you’ve probably still dreamt about your perfect wedding. But an important cultural shift is taking place in America. Whether it’s because you’re still figuring out what you should be when you grow up, you’re busy making new friends or simply because you haven’t found Mr. Right through any online dating apps, more and more women are waiting to tie the knot. In fact, according to the US Census, single women outnumber married women for the first time in US history. Ty Tashiro, relationship expert and author of The Science of Happily Ever After, has five theories for why this unprecedented shift is taking place.

1. Careers are making women more independent. “Women are absolutely gaining on education and earning power, which means they aren’t dependent,” Ty says. While the median age of women during their first marriage was 20 years old in 1980, it has jumped to 27 today. When our parents got married, “Women were dependent on their husbands, and that’s one of the reasons why marriage had to happen so early… because women couldn’t be economically independent and they had to rely on having husbands who were earners,” Rebecca Traister, author of All the Single Ladies, said in an interview with NPR’sFresh Air. Now, having careers gives women new found independence and the option to live life without a husband.

2. Millennials actually value marriage more. Millennials actually disapprove of divorce more than their baby boomer counterparts and know that waiting for marriage actually improves the marriage itself. “The later the age of marriage, the more relationship stability a couple has potential for in the long run,” Ty says. Research says that couples should date for at least three years before popping the question for a longer marriage.

3. Men aren’t ready yet. Gains for women in education and careers have also given way to what Ty calls a “marriageability problem.” While women have been creating new opportunities for self-sufficiency, men have been struggling to catch up. “Men are actually slipping in a lot of areas that are needed for successful relationships, especially education, emotional and social competence,” Ty says.

4. Living together isn’t such a big deal anymore. According to Ty, in 1990, 25 percent of people had lived with their significant other. By 2008, that number had more than doubled. So even though historically people usually only lived together when they were married, millennials (while still viewing it as an important step in a relationship) don’t necessarily view marriage as a prerequisite for moving in.

5. People simply live longer. Think about it: For the vast majority of human history, the life expectancy was about 40 years old. No wonder people got married so young! Today, humans are expected to live until they’re 80, which means that getting married later still affords them the same amount of time together.

While people are choosing to wait, Ty makes the important distinction that waiting doesn’t mean that millennials don’t want to get married. “People want to maximize the time they spend being single and independent,” he said. “But then there’s this competing drive when you want to lay the foundation for a family at the same time. I think there’s an important sweet spot there: Don’t wait too long, but don’t start too soon.”

What has your millennial dating or marriage experience been? Let us know @BritandCo!

Gabrielle Gresge
Gabrielle Gresge is a Chicago native and journalism student at the University of Missouri. While not chasing deadlines, she enjoys giving campus tours, exploring her new home, and missing her old one. She loves to write about these experiences in her own handwriting at gabriellegresge.wordpress.com.
marriage
Relationships
marriage
More From Relationships