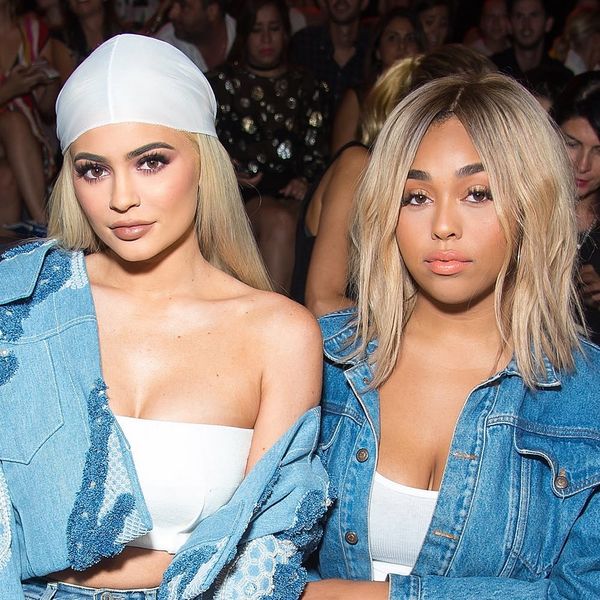 It pays to be friends with Kylie Jenner! The entrepreneur, who has been the subject of much speculation this weekend after news broke on Friday that the 20-year-old makeup mogul may be pregnant, had QUITE the bag of tricks up her sleeve for bestie Jordyn Woods’ 20th birthday.

Jenner has been uncharacteristically quiet on social media accounts since reports of a potential baby broke, but she ended her silence today to pay tribute to her on-screen “wife,” who she recently held a commitment ceremony with in Peru for their shared show, Life of Kylie.

She first posted a shot of her with her pal along with several other ladies in matching robes, simply captioned, “Mornings.” The reality star followed it up with a message of pure adorableness dedicated to her most significant friend, writing “Yesterday was cute,” on a snap of her and Woods cuddled up to a giraffe. “Hope you had the happiest of birthdays, Jordy. Love you forever and beyond.”

yesterday was cute. hope you had the happiest of birthdays Jordy. Love you forever ever and beyond..

Woods, for her part, took to Instagram to show off the epic present she received from her longtime pal.

Yesterday was a dream... @kyliejenner surprised me with a sunrise hot air balloon ride... bucket list✔️

“Yesterday was a dream,” the Life of Kylie star wrote. “@kyliejenner surprised me with a sunrise hot-air balloon ride… Bucket list.”

And that wasn’t all! According to People, Woods also received — get this — a Mercedes-Benz AMG GLE 63 Coupe for the occasion, as well! The car was featured in a recent Snapchat from the star, who could be heard yelling, “Happy Birthday Jordy!” as Woods teared up in subsequent vids.

Sounds like one heck of a birthday to us!

Are you surprised by Kylie’s generosity? Tell us over @BritandCo.

Nicole Briese
Nicole is the weekend editor for Brit + Co who loves bringing you all the latest buzz. When she's not busy typing away into the wee hours, you can usually find her canoodling with her fur babies, rooting around in a bookstore, or rocking out at a concert of some sort (Guns N' Roses forever!). Check out all her latest musings and past work at nicolebjean.com.
Birthday
Celebrity News
Birthday Friends Kardashians Kylie Jenner social media
More From Celebrity News