Kylie Jenner Denies Having a Secret Music Career, but People Do NOT Believe Her 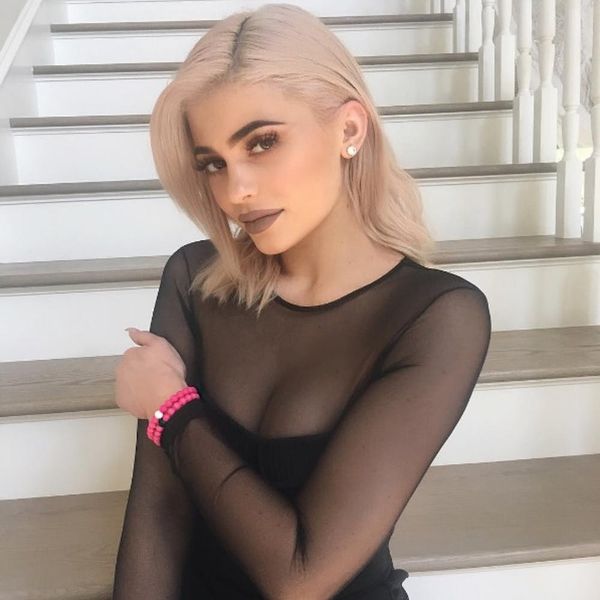 When Kylie Jenner first dropped her Glosses music video, fans wondered if it was the makeup mogul herself doing the singing. As clues continued to point to a blossoming music career for King Kylie, she stayed unusually silent on the sitch. But now she’s addressed the pop-star possibility… and no one believes her.

Despite the mounting proof that Kylie is secretly behind the band Terror Jr., the youngest Jenner took to Snapchat and Twitter to deny any involvement, saying, “Hey guys. Public announcement: I’m not the singer of Terror Jr or whatever. I love their music, but for those wondering it’s not me guys. It’s not me.”

She also hints that the band might be playing off of her fame, adding, “So yeah I don’t know if the band is trying to get a little attention or what’s going on, but it’s not me.”

That's wild. Not apart of the band https://t.co/BeUZeLxW2a

Though that’s a pretty darn definitive denial, folks do NOT believe it…

@KylieJenner STOP IT YES YOU ARE.

@KylieJenner but then explain this please pic.twitter.com/KxACqplGX6

@KylieJenner @ItsJohnnyCyrus we know it's you ….

@KylieJenner can't fool me, I hear you girl and I love it

@KylieJenner it's literally okay if you are. Just admit it babe

Do you think Kylie is telling the truth or not? Tweet us @BritandCo!