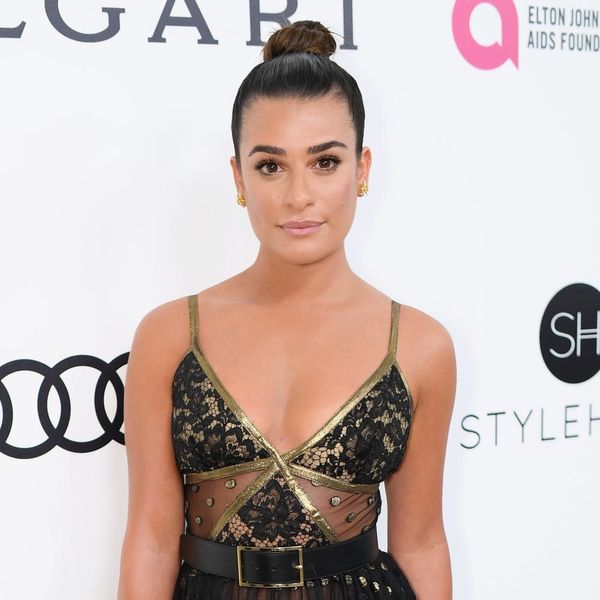 Lea Michele’s fearlessness extends way beyond her new bold blonde hairstyle and extreme body confidence, but it’s her ability to be vulnerable in the face of heartbreak that we truly admire. On July 13, the fourth anniversary of her late boyfriend and Glee costar Cory Monteith’s unexpected death, Michele posted a sweet tribute to her one-time love on Twitter.

“Hard to believe it’s been 4 years… We miss you C… love you more,” the actress wrote alongside a photo of her holding a black-and-white pic of Monteith in front of the signature letterman jacket his Glee character, Finn Hudson, wore on the show. (Michele also took Finn’s jersey as a keepsake once the show wrapped its final season.)

Hard to believe it's been 4 years… We miss you C… love you more ❤️ pic.twitter.com/kIXoy4s4zK

The actress has honored Monteith every year on this day since she first posted about the tragedy mere weeks after his death. “Thank you all for helping me through this time with your enormous love & support. Cory will forever be in my heart,” she wrote at the time.

Last year, she shared a photo of Monteith near the water, writing, “I know everyday you’re watching over me, and smiling. Love and miss you Cory, everyday, but today a little more.”

I know everyday you're watching over me, and smiling. Love and miss you Cory, everyday, but today a little more..❤️ pic.twitter.com/gyahNm5mmH

Monteith died of an overdose in a Vancouver hotel at the age of 31 after multiple rehab stints.