Maisie Williams Had the BEST Reaction to Her Emmy Nom 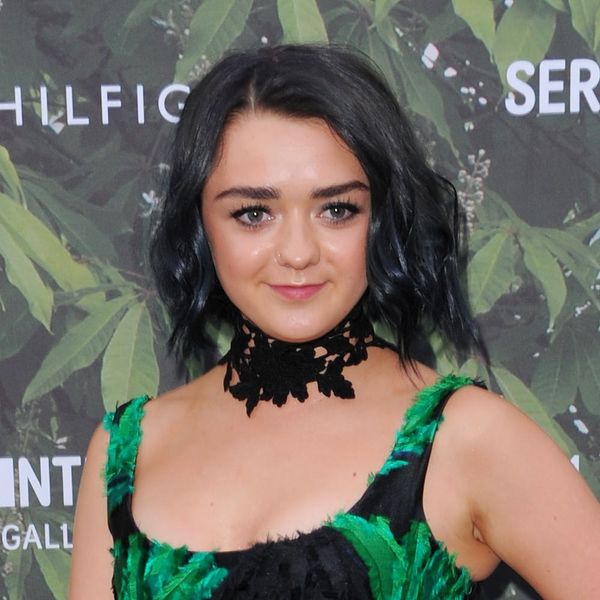 Maisie Williams is having quite the week. After stunning fans with her new summer goth blue-black hair, the young GOT star has just earned a coveted Emmy nomination for her beyond-epic acting. And while normally stars get the big news via their agents or managers, Maisie found out in a totally unexpected way, which resulted in the BEST reaction from the actress who certainly knows how to play the Game of Thrones.

Spending her off-time online as many normal 19-years-olds do, Maisie tweeted that she was, “jus on ft with me mam and twitter pops up telling me i’ve been nominated for an emmy.” Too funny!

jus on ft with me mam and twitter pops up telling me i've been nominated for an emmy. Wtfahhahhaahhelpme

Getting the nod as Outstanding Supporting Actress for her role as the headstrong and independent Arya Stark, Maisie’s is one of 23 nominations the series received, making it the most nominated show of the year — which really shouldn’t be a surprise to anyone. Except for maybe Maisie and her totally shocking stumble onto the big news.

The only thing that could top that surprising social media reveal is her incredibly relatable reaction: “Wtfahhahhaahhelpme” No worries, Maisie, you don’t need help. You’re totally on top of this and we can’t wait to see you snag that award.

Have you ever received big news in a weird way? Tweet us @BritandCo!