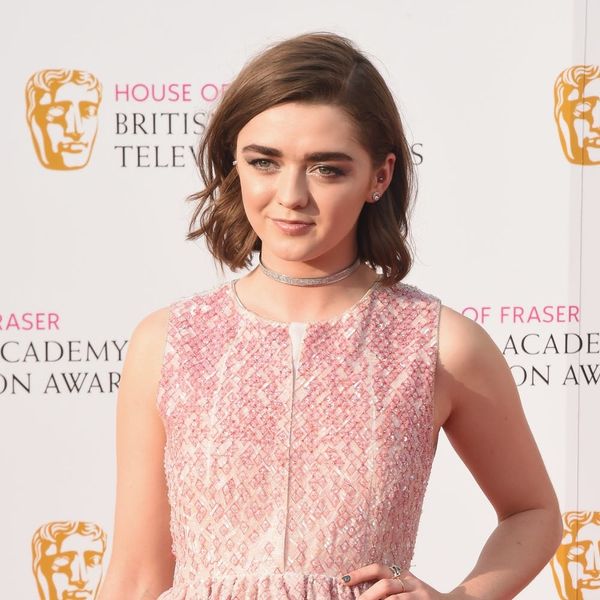 While the news that Game of Thrones season seven will be delayed has many of us weeping with Westeros-wanting impatience, the cast of the wildly popular series is surely taking it all in stride as they enjoy their summer break from filming. Ditching grueling schedules, enjoying time at home and playing around with their appearances (which are usually dominated by their on-screen characters) are all ways that our fave stars enjoy their warmer months off. And while most celebs decide to lighten their locks when summer rolls around, Maisie Williams has opted for the exact opposite. Showing off a totally new look, Maisie’s new hair is as dark as those GOT story-lines and pure summer goth.

Debuting her new look at the Serpentine Summer Party co-hosted by Tommy Hilfiger in London, 19-year-old Maisie wore a black and green sleeveless dress with shoes that matched oh-so-perfectly (and were to die for!) and a thick choker that was totally on-point.

But it was her hair that everyone was buzzing about. Keeping her totally on-trend wavy lob, she’s swapped her normally brown hair for a dramatically darker color. Not quite black, shades of blue highlight the beyond-navy hue.

Showing that she’s as bold in real life as she is in GOT, Maisie is becoming as much of an on-screen hero as she is an IRL style icon.

What do you think about Maisie Williams’ blue-black hair? Tweet us @BritandCo!