‘The Marvelous Mrs. Maisel’ Season 3 Might Feature Some Familiar Faces 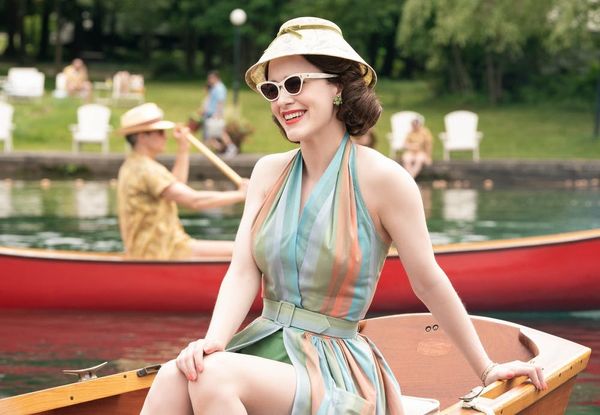 Amazon hasn’t yet announced a premiere date for season 3 of The Marvelous Mrs. Maisel, but the show’s creator, Amy Sherman-Palladino, has already teased some exciting details — including a few potential guest stars who may pop up when the comedy eventually returns to Amazon Prime Original.

According to Sherman-Palladino, she’s hoping to snag longtime friend and Gilmore Girls star Lauren Graham for a role on Maisel. “Lauren made a request, and Lauren is my queen and the reason I have a career, so I honor the request of Lauren Graham,” she recently told ET. “Hopefully [she’ll be in season 3]. It would be lovely.”

Sherman-Palladino previously told The Hollywood Reporter that Graham had been pitching her ideas on a very specific story line for the hit show. The women first worked together on the CW’s Gilmore Girls from 2000 until 2007, and have spoken candidly about their mutual affection for each other.

Maisel star Rachel Brosnahan also told ET that This Is Us star Sterling K. Brown is currently in negotiations to appear in season 3 as well. Sherman-Palladino confirmed the news, saying that they’re trying to make the scheduling work.

“We all want [him] on the show,” she said. “Sterling K. Brown happens to be a very busy man. We love him. We are trying to find stuff that works with his schedule. We’re massive fans, and we just love him to death, so we would be thrilled. Thrilled, thrilled, thrilled.”

Season 2 of the award-winning Amazon original comedy was released in December 2018, so it’s likely fans will have to wait quite a while for season 3. So far, Sherman-Palladino said, it’s looking like the next new episodes will feature music, dancing, “a lot of fast talking,” and more of a focus on Midge and Susie’s relationship.

“We’re going to see a little bit more of Susie and Midge furthering their partnership and what it means to be a road comic,” she told ET.