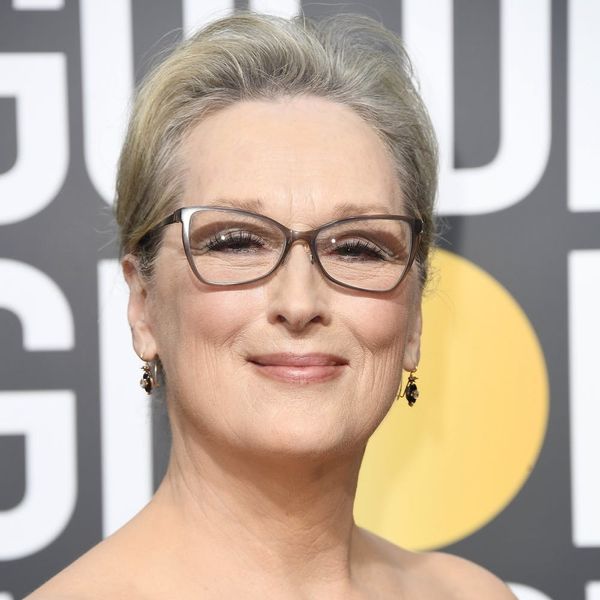 You’d think that disgraced film exec is Harvey Weinstein would have the good sense to just sit back and take what’s coming to him. Sadly, he’s using every sleazy tool in his arsenal in an impossible attempt to claw his way back to respectability, including using a Meryl Streep quote out of context — and she is none too happy about it.

According to the Hollywood Reporter, Harvey Weinstein and his representatives used quotes from actors Meryl Streep and Jennifer Lawrence in the hopes of having a sexual misconduct lawsuit against him dismissed.

Weinstein is currently defending himself against a racketeering lawsuit brought by six women — Zoe Brock, Louisette Geiss, Katherine Kendall, Sarah Ann Thomas, Melissa Sagemiller, and Nannette Klatt. They all claim to have been assaulted or harassed by Weinstein.

They also claim that, due to the high number of women who are accusing Weinstein of misconduct, his “sexual enterprise” should be considered an organized crime group — hence the racketeering charge.

In a motion filed Tuesday to dismiss the suit, Weinstein’s lawyers released a statement describing the claims as “overbroad.” The way the suit was worded, they claimed, meant it would apply to all women who had ever met Weinstein. The statement goes on:

“Such women would include, presumably, Jennifer Lawrence, who told Oprah Winfrey she had known Weinstein since she was 20 years old and said ‘he had only ever been nice to me,’ and Meryl Streep, who stated publicly that Weinstein had always been respectful to her in their working relationship.”

Well as you can imagine, the grand dame of Hollywood was having none of it.

She fired back in a statement published Wednesday in the Hollywood Reporter.

“Harvey Weinstein’s attorneys’ use of my (true) statement — that he was not sexually transgressive or physically abusive in our business relationship — as evidence that he was not abusive with many OTHER women is pathetic and exploitive. The criminal actions he is accused of conducting on the bodies of these women are his responsibility, and if there is any justice left in the system he will pay for them — regardless of how many good movies, made by many good people, Harvey was lucky enough to have acquired or financed.”

Jennifer Lawrence was also unimpressed at being used as a prop in Weinstein’s legal meanderings. She issued her own statement:

“Harvey Weinstein and his company are continuing to do what they have always done which is to take things out of context and use them for their own benefit. This is what predators do, and it must stop,” Lawrence said in a statement. “For the record, while I was not victimized personally by Harvey Weinstein, I stand behind the women who have survived his terrible abuse and I applaud them in using all means necessary to bring him to justice whether through criminal or civil actions. Time’s up.”

What’s crazy is that Weinstein and his representatives thought including Lawrence and Streep’s names in a legal defense was anything other than a terrible idea. Both women have already backtracked on the statements in question, so why would they stand idly by as their out of context words are used to protect a man totally unworthy of protection?

For Weinstein, the time is definitely up, and it seems he’s the only one who doesn’t know it yet.