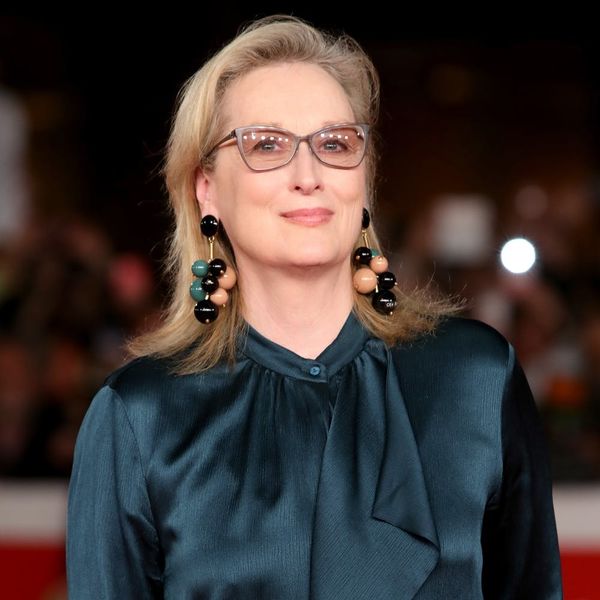 Hollywood was shaken last week when the New York Times published a piece detailing disturbing sexual harassment allegations against producer and executive Harvey Weinstein. He “denies many of the accusations as patently false,” according to his former legal adviser Lisa Bloom, but on Sunday, he was fired from The Weinstein Company “in light of new information about misconduct.”

Since the initial story broke, women all over have been sharing their personal experiences of harassment in the workplace. And now women in Hollywood — including Meryl Streep and Dame Judi Dench, who have worked with Weinstein on multiple occasions in the past — have begun speaking out about the allegations against the movie mogul.

“The disgraceful news about Harvey Weinstein has appalled those of us whose work he championed, and those whose good and worthy causes he supported,” Streep said in a statement to The Huffington Post. The Oscar-winning actress — who worked with Weinstein on films such as August: Osage County and The Iron Lady, and once jokingly referred to him as “God” — now wants to be clear that as far as she is concerned, “[t]he intrepid women who raised their voices to expose this abuse are our heroes.”

She went on to say that she didn’t know about his alleged offenses, and that he was “exasperating but respectful” in his working relationship with her “and with many others with whom he worked professionally.” She added, “If everybody knew, I don’t believe that all the investigative reporters in the entertainment and the hard news media would have neglected for decades to write about it. … The behavior is inexcusable, but the abuse of power familiar. Each brave voice that is raised, heard, and credited by our watchdog media will ultimately change the game.”

Dench, who was once so close with Weinstein that she had a fake tattoo drawn on her butt in his honor as part of an inside joke, also spoke out against the producer. “Whilst there is no doubt that Harvey Weinstein has helped and championed my film career for the past twenty years, I was completely unaware of these offences which are, of course, horrifying,” she said in a statement to CNN. “I offer my sympathy to those who have suffered, and wholehearted support to those who have spoken out.”

What do you think about Meryl Streep and Judi Dench’s statements? Let us know @BritandCo.