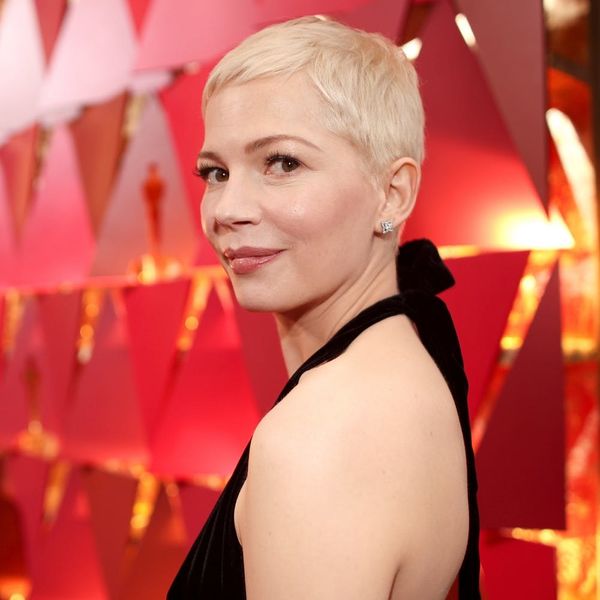 Surprise! Michelle Williams is a married woman. The actress revealed in her September 2018 Vanity Fair cover story that she recently wed musician and Oscar nominee Phil Elverum in a secret ceremony.

The 37-year-old star and her new husband exchanged vows in the Adirondacks, with their two daughters and a small gathering of guests to witness the marriage and celebrate their union, which she calls “very sacred and very special.”

“Obviously I’ve never once in my life talked about a relationship, but Phil isn’t anyone else,” she told Vanity Fair. “And that’s worth something. Ultimately the way he loves me is the way I want to live my life on the whole. I work to be free inside of the moment. I parent to let Matilda feel free to be herself, and I am finally loved by someone who makes me feel free.”

Williams told the magazine that although she would prefer to keep her private life private, she decided to share her story in the hopes that it might help someone else who has experienced the loss of a loved one. Heath Ledger — the father of Williams’ daughter, Matilda — died in 2008 when the little one was two years old. And Elverum’s first wife, Geneviéve Castrée, passed away in 2016 from pancreatic cancer, when the couple’s daughter was just 18 months old.

“I don’t really want to talk about any of it,” Williams told Vanity Fair of her love life. “But there’s that tease, that lure, that’s like, What if this helps somebody? What if somebody who has always journeyed in this way, who has struggled as much as I struggled, and looked as much as I looked, finds something that helps them?”

Maybe that something is this: “Don’t settle,” Williams shared with the mag. “Don’t settle for something that feels like a prison, or is hard, or hurts you. If it doesn’t feel like love, it’s not love.”

Are you surprised to find out that Michelle Williams is married? Let us know @BritandCo!