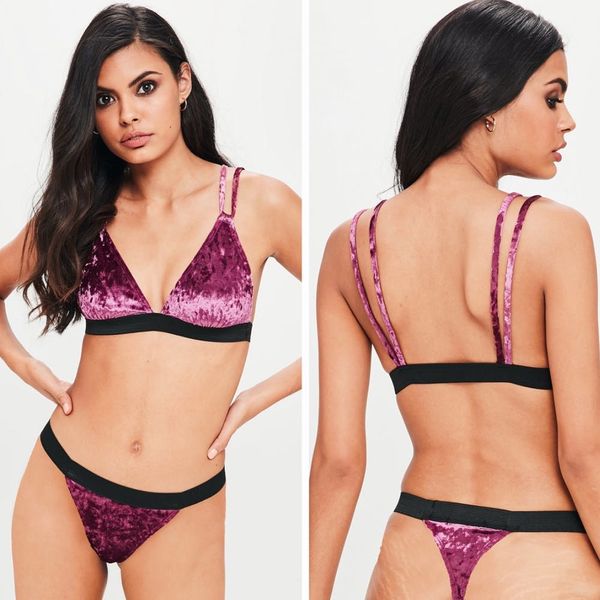 Companies have long been accused of pushing an unattainable beauty standard thanks to airbrushing. Lately, however, many brands have stepped up and pledged to leave their images unretouched. British retailer Missguided is one of the latest to present more natural-looking bodies.

Recently the company has been posting images to its site that show women with stretch marks — something many people perceive to be “flaws,” despite the fact that most women (and many men) have them.

Samantha Helligso, head of brand at Missguided, told Daily Mail, “As a brand, we feel we have a strong sense of social responsibility to support young women and inspire confidence. So we’re on a mission to do just that by showing our audience it’s okay to be yourself, embrace your ‘flaws’, celebrate individuality, and not strive for what the world perceives as perfection. Because basically, it doesn’t exist. By showing imagery that’s real and authentic, we want to show it’s more than okay to be yourself. All you have is what you’ve got, so own it every day.”

Social media was divided on the issue. Several people on Twitter praised Missguided for displaying images with stretch marks.

It makes so happy that @Missguided don’t airbrush their models. Loving the stretch marks being shown, that’s how we all look. ✌🏻🙋🏼‍♀️😍 pic.twitter.com/myXoRmseF3

Others, though, think that the photos feature models who don’t actually have stretch marks but rather have had them photoshopped onto their bodies in an attempt to make the brand seem more progressive.

wait. did @Missguided photoshop stretch marks onto a model…???? pic.twitter.com/CWsu9SdzW3

Did Missguided really photoshop some stretch marks in? That's almost doing the opposite of embracing a natural body – this is not cool guys pic.twitter.com/ukvzHKSSDU

@Missguided_help @Missguided Who thought that attempting to #photoshop stretch marks on a model would be a great idea? What is wrong with you? 🙄 so disappointed with this retail company. So insulting. pic.twitter.com/pMYvjyas4Y

@missguided are getting praise for 'not photoshopping out stretch marks' on their models. Yet when you zoom on a recent social post it reveals the WORST PHOTOSHOP EVER. (Added stretch marks? Resizing? Who knows). Do it cause it's the right thing to do. Not for the headlines. FFS pic.twitter.com/OGJqAlu8C8

It’s interesting to note, though, that when Missguided originally began posting the images, they did it without fanfare, which makes it seem less likely that they’re doing it as a publicity stunt. Either way, it’s refreshing to see models that look a bit more like real people.

What do you think of the stretch mark sitch? Tell us @BritandCo!

Shea Lignitz
Shea can be found in the nearest bookstore or brewery, exploring the great outdoors, or blasting Led Zeppelin. She grew up in the cold and rain of Northern California's redwoods but is currently wandering around Texas.
Body Positive
Style News
Body Positive inclusivity
More From Style News