Morning Buzz! Adele’s Video Apology to Fans After Needing to Cancel a Show Is Actually So Touching + More 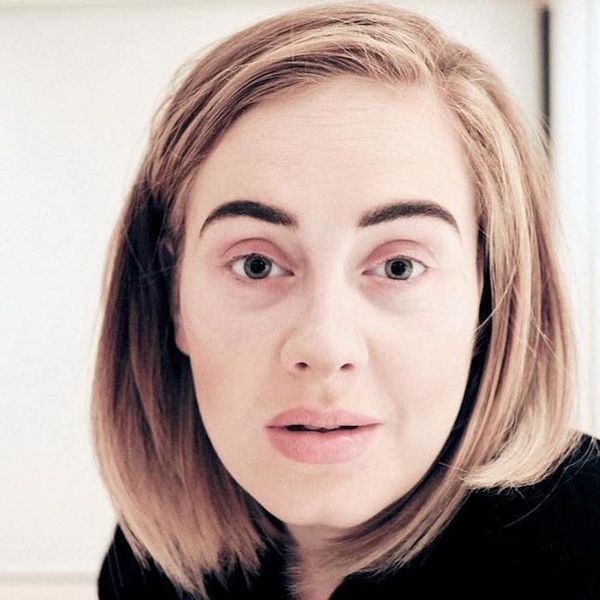 Adele’s apology and Usain’s smile lead this morning’s top news items. Check out the full stories and more below!

1. Even though Adele had to cancel her second gig in Phoenix, AZ on Wednesday night due to a bad cold, she took the time to address her fans in a video apology posted to social media. “My cold has gotten the better of me. I’m really, really sorry to let anyone down. I’ve enjoyed my tour so much and cancelling shows is not something I want to do,” she said. “I will reschedule the show, I promise, and I’ll come back and smash it for you.” No doubt in our minds. Get well, Adele.

2. Usain Bolt and Andre De Grasse are total bromance goals. It’s not often you’ll hear us saying that (maybe for Matt and Ben), but #DeBolt are just the best. In the men’s 200-meter semifinal last night, Jamaica’s Usain Bolt and Canada’s Andre De Grasse shared a sweet look and smile as they crossed in first and second place. The two have inspired many “I want someone to look at me the way Usain looks at Andre” memes in their previous race, and we’re sure there will be more. (Photo via Ian Walton/Getty)

3. Sofia Vergara’s one beauty regret is an important reminder to us all. “In my 20s, I started to use sunblock on my face,” Sofia tells People. “I wish I had put it on my chest too.” When one of the most flawless beauties in Hollywood gives us advice, we listen. (Photo via Frederick M. Brown/Getty)

4. Today in “What exactly is going on with Ryan Locthe RN”: Three US swimmers — the three who, along with Lochte, said they were robbed at gunpoint leaving a party on Saturday — were detained while trying to leave Rio last night. Jack Conger and Gunnar Bentz were removed from their flight, while James Feigen was detained prior to boarding. The investigation is ongoing, but Ryan has reportedly already returned to America. WTF is going on?

Nice to see a smile on this girl's face after over a month of nonstop teething. 4 new ones are through though! Phew...🙈

5. Kristin Cavallari takes time to appreciate the small parenting victories with baby Saylor. If you’ve ever been around a teething baby (which seems to be like 90 percent of their life for a good 10 years? No?), it can be trying. So Kristen knows that if you’ve got a happy baby, regardless of the non-stop transitions they’re going through at that time, it’s worth celebrating. “Nice to see a smile on this girl’s face after over a month of nonstop teething,” Kristen wrote on the adorable photo. “Four new ones are through though! Phew…” Kristen has previously said that little Saylor James, her and husband Jay Cutler’s third, will also be their last, so these moments must be extra bittersweet.

I am so saddened and disappointed in Kurt Metzger. He is my friend and a great writer and I couldn't be more against his recent actions.

6. Quote of the day: “I couldn’t be more against his recent actions.” Amy Schumer responds to former Inside Amy Schumer writer Kurt Metzger’s misogynistic tirade against women who come forward with rape allegations. Amy went on to say that Kurt is not employed by her, because no one is, because the show is done (?!).

Will you miss Inside Amy Schumer if it is indeed done? Let us know over at @BritandCo.