Morning Buzz! Kristin Cavallari Opens Up About Enjoying Every Moment With Her Last Baby + More 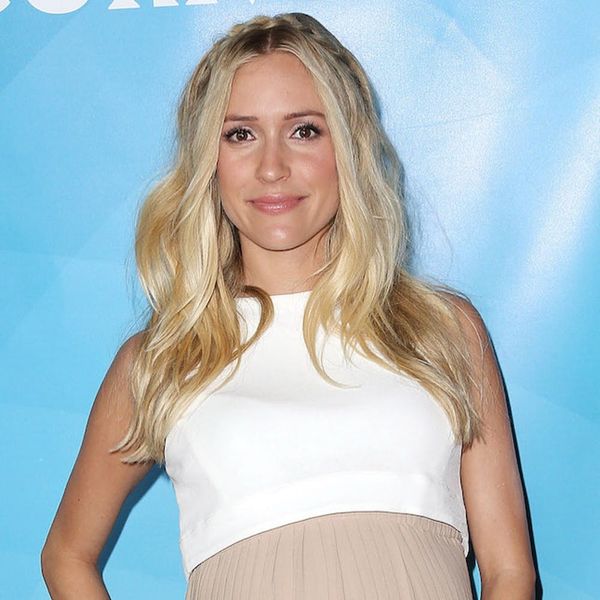 Good morning, all! From a mother’s meaningful moments with her daughter to Mariah’s epic life, we’ve rounded up six of today’s top news items for you below!

1. That’s a wrap on kids for Kristen Cavallari and husband Jay Cutler, who welcomed their third and final baby — and their first girl — back in November, Kristen admitted to People. Which means she’s taking the time to soak up every single second of little Saylor James’ baby years. “Every night I go and I feed her in her room before she goes to bed, and then I rock her,” she says. “She always falls asleep on my shoulder. Every night, I swear I’m in there for 20 minutes just holding her because I really love that moment, and I really love having my little baby. That just totally fills me up every night.” Back in March, it was little Saylor who helped Kristen through the grief of her brother’s unexpected death. “She is the most chill, laid back, happy baby I’ve ever seen in my entire life. We are so lucky.”

2. The Gilmore Girls gang got a sweet parting gift after filming wrapped. So we know the show’s done being filmed and we’re waiting (not so) patiently for a release date, but in the meantime you KNOW we’re creeping everyone’s Instagrams for more sneak peeks. Lane, aka Keiko Agena, doesn’t have any major new spoilers, but she posted what seems to be a parting gift from show creators Amy Sherman and Daniel Palladino. Right up our alley — practical and beautiful!

3. Khloe and Kourtney Kardashian do cheat day RIGHT. Wrapped in layers of sweats and blankets and eating fried chicken out of a box? If it weren’t for that whole private jet thing, this would be the most relatable thing the Kardashians have ever done. “Yummmmm!! I couldn’t wait!!! Popeyes on the PJ!!! Cheat day but it’s so worth it!!!” wrote Khloe in her Instagram caption. Invite us next time wouldya? Yeesh.

4. The trailer for Mariah Carey’s new reality show has dropped and it is as epically perfect as we’d hoped.E!‘s new docu-series Mariah’s World follows the singer as she begins her Sweet Sweet Fantasy tour and, at the same time, plans her wedding to Australian business mogul James Packer. “I’m not Cinderella, my life has not been a fairy tale,” you can hear Mariah say in one voice over before she also admits she does not let people see her in fluorescent lighting without her sunglasses and calls her wedding the most important event that’s ever happened. That last part seems to have been a joke, but with Mariah, you never know! The eight-part series is said to be coming soon. We say, NOT SOON ENOUGH.

5. This little girl is our whole vibe today. After what we assume is a fun play date, this little girl refuses to give her friend a hug. Because sometimes you are just not feeling it!

6. Quote of the day: “Naked selfies until I die.” Kim Kardashian accepts her Break the Internet Webby Award.

Have you ever taken a naked selfie? Be honest! Tell us over @BritandCo!