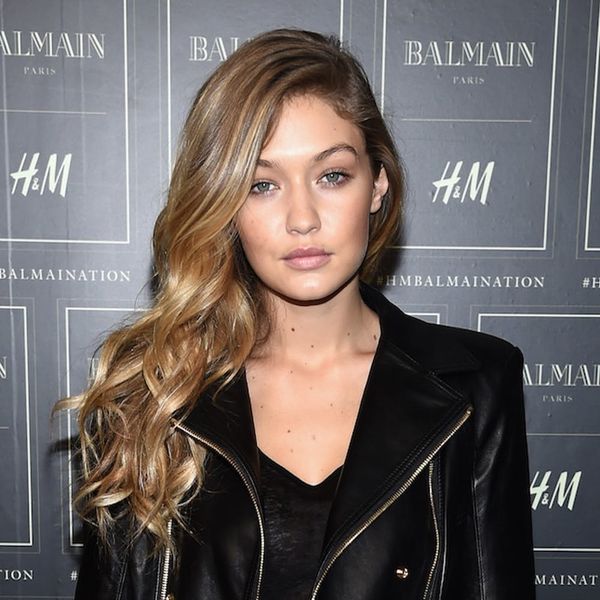 From some potential engagement news to your first look at Pitch Perfect 3, check out six of today’s top news items below!

1. Could there be some news this adorably goofy couple haven’t announced yet? Gigi was spotted wearing a simple gold band on her left hand ring finger while out in New York this week (we’ve seen Serena Williams sport a similar band ’til it was revealed she’d been turning her diamond around to hide it), and while she had reportedly turned down a proposal from BF Zayn around the holidays, could it be that she’s changed her mind?!

2. Speaking of the Hadids, there could be some more drama unfolding between Bella and Selena Gomez. When Bella posted a pic of herself throwing up the middle finger at the camera without a caption or context, some people seemed to think it could be directed toward Selena, for kissing on Bella’s ex The Weeknd, or at the general drama and rumors in general. But according to a source speaking with People, “Bella and Abel’s split wasn’t dramatic, but of course she’s hurt and pissed that he’s moved on so quickly with Selena.” Can’t say we blame her — that’s NOT a great feeling.

She's only 29: extremely smart, compassionate and passionate. Whatever she chooses to do, her impact will be huge. https://t.co/teQuugdRXU

3. President Obama has shortened the sentence for Wikileaks source Chelsea Manning. In the final days of President Obama’s administration, there have been mounting pressures for him to commute Chelsea’s sentence. Chelsea is a former US Army soldier who, when still going by Bradley Manning before coming out as transgender, admitted to leaking secret government info to WikiLeaks. She has faced significant difficulty trying to transition while in prison, and now, her sentence will end in May.

No one yelled out "Attempt to look like a 1995 Spice Girls poster!!" It just happened. #laterGram?

4. Pitch Perfect 3 is officially off the ground! The gang has OFFICIALLY reunited to film Pitch Perfect 3, and the behind-the-scenes snaps are getting us SO excited. What are these roller skates for?! Can’t. Wait.

5. Zoe Kravitz has already won the spring hair game. As if Zoe hasn’t already been slaying with her blonde braids and shaved undercut, she just died a small blue heart into the nape of the buzzed bleached undercut, and we LOVE it. Hurry up, spring!

6. Quote of the day: “I’m not a slave to makeup. I’m not a slave to not wearing makeup either…I think makeup can be self-expression. I have no intention to shame anyone at all [who chooses to wear it]. No one should be ashamed by the way you choose to express yourself. And that’s exactly the point. However, if you want to do that for yourself, you should do that.” Alicia Keys tells Allure that while she made the decision to not wear makeup, she can rock it if she wants, like she did in the photo spread in the magazine.

Do you ever go makeup free? Let us know over @BritandCo.