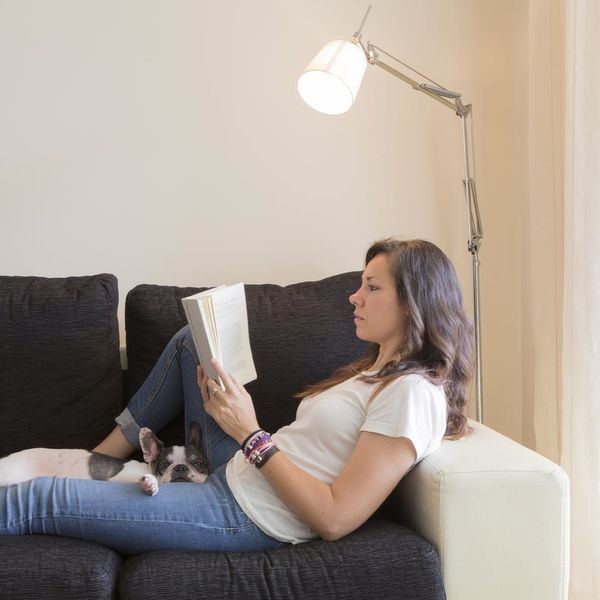 The long, luxurious days of summer are over, and by now you’ve probably buckled down to work, looking helplessly out the window as the sun chases the end of the work day. Trade your summer sagas for some fall efficiency and the knowledge that good things come in small packages in this week’s book club. These collections of short non-fiction and essays, by three brilliant elder stateswomen of science fiction, urban planning and poetry, serve up mots juste and truth bombs without the commitment — but we’re pretty sure once you’ve read one piece, you’ll commit to the whole thing.

1. Words Are My Matter by Ursula K. Le Guin ($17): Ursula K. Le Guin has been described by The New York Times as “America’s greatest living science fiction writer.” As the groundbreaking author of The Left Hand of Darkness, A Wizard of Earthsea and The Dispossessed, her work has captivated half a century of readers and awards committees, unconstrained by generation or genre. The writer of a stunning 58 novels, translations, children’s books and collections of essays, poetry and short stories, Le Guin is not only a Renaissance woman of the writing world, but uniquely qualified to write about what makes writing work. Subtitled Writings About Life and Books, 2000-2016, With a Journal of a Writer’s Week, Le Guin’s new collection of short non-fiction includes transcripts of her talks, introductions to the work of others, essays on a multitude of subjects and book reviews.

Some of Le Guin’s pieces are deeply personal. One searing essay discusses her terrifying choice of whether or not to have an abortion as a 20-year-old college student in 1950, without the backing of Roe v. Wade. Faced with the prospect of expulsion from college and even prosecution versus the prospect of bringing up an unwanted child on no resources, she chose to risk the former. Another essay details both architectural and family history, an ode to the quirky Bernard Maybeck-designed family home.

Where the collection shines is Le Guin’s writings about writing, particularly her passionate defense of genre fiction as the equal to “literature” in every way, and her love of the book as a physical artifact in a world of online media. She also includes her reviews of everyone from Atwood to Zweig, positive and negative (we’re encouraged that “the pleasure of reading a killer review of a bad book is guiltless,” even if she finds herself feeling guilty about writing them), and her semi-inflammatory six-minute speech as the guest of honor at the 2014 National Book Awards that went viral. At 86, Le Guin is as vital as ever, and a must-read. As she writes, “This confirms my sense that I have been allowed to use my life well, in work that was worth the time spent on it.”

2. Vital Little Plans: The Short Works of Jane Jacobs by Jane Jacobs, edited by Samuel Zipp and Nathan Storring ($18): This year marks the centenary of radical urban planner Jane Jacobs’ birth. Jacobs, a champion of multi-use and diverse neighborhoods, divided her time between New York and Toronto, where she spent her time defying conventional wisdom and frustrating the establishment. It’s because of Jacobs that you can still walk through SoHo and Little Italy, because there’s no Lower Manhattan Expressway bisecting them, and that Toronto’s downtown similarly resisted expressway death. Now, her ideas, which were canonized in The Death and Life of Great American Cities, are widely accepted and richly awarded. They’re also celebrated in Jane Jacobs Days and yearly Jane’s Walks that encourage residents to explore the history and amenities of their neighborhoods while making new friends.

This new collection presents a history of Jacobs’ writing, starting with two articles for Vogue in the 1930s that profile New York districts. It also includes her work for the US State Department, Architectural Forum and the landmark article “Downtown Is for People,” a 1958 piece for Fortune which catapulted her into the public eye. From speeches at the White House to material from two unpublished books written late in life, Jacobs is constantly seen crusading to remove “urban blight” and development that ended community street life, as well as choices that glossed over or forgot the lives of disadvantaged community members.

Jacobs was anything but a one-trick pony, though, and the collection isn’t limited to her thoughts on urbanism, but ranges from ideas about universal health care to global politics to feminism to manhole covers. Adam Gopnik of the New Yorker calls her “the St. Joan of the small scale,” and this is the small scale’s small scale: bite-sized, but vital. “More Jane Jacobs” commands the collection. We agree.

3. Upstream: Selected Essays by Mary Oliver ($18): Jane Jacobs gives you the city, and Mary Oliver serves up the wilderness. Oliver, famous for her beautiful poetry which won both a National Book Award and a Pulitzer Prize, reflects back on her childhood and writing life in her 81st year, and how they were both intimately connected with her love of nature. Like Le Guin, nonfiction is not necessarily what she’s known for (it’s hard to do better than her reputation as America’s best-selling poet), but this is very poetic nonfiction. It allows her to explore the topics dear to her heart in a new and compelling way in this collection of 19 essays; as she puts it, “Writing is neither vibrant life nor docile artifact but a text that would put all its money on the hope of suggestion.”

Upstream is both an external and internal book; Oliver marries observations of the world outside and the writer’s inside, with an analysis of her favorite poets’ writing and process. In particular, she finds “true effort” to be a “redemptive art,” which informs the title piece, a metaphor about wading upstream in childhood and finding delight in the difficult steps forward and the potential to get lost in unconventional choices.

What books do you read in short but sweet pieces? Tag us in your next tiny-but-mighty read @BritandCo.