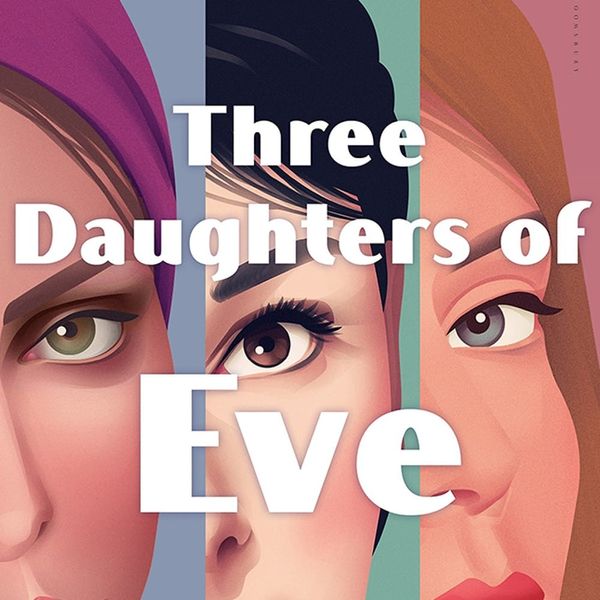 Even though we're not too pleased that the weather is become more frightful than delightful, we're actually pretty excited to spend our evenings curled up by the fireplace with a captivating paperback. Whether you're looking for a new book to binge in time for the holidays or you're still on the hunt for a few stocking stuffers, here are 11 brand new books being published in December that everyone on your list (yourself included!) are sure to love.
Elmet by Fiona Mozley ($16): One of the impressive finalists for the Man Booker Prize, this thought-provoking story centers around a small family living off-the-grid in a little house on a corner of Yorkshire named Elmet. From all appearances, their life seems peaceful and idyllic — the children roam the woods while their father builds and hunts. But when a local landowner shows up on their doorstep and threatens their entire existence, they must protect themselves and their neighbors at all costs in this highly praised novel that is already creating a buzz in the literary scene.
No Time to Spare by Ursula K. Le Guin ($22): Whether you've been enjoying Guin's writing for decades or you're new to her outstanding work, this stunning collection of her best online writing will have you both critically examining the world around you and heaved over in stitches. From questioning the absurdity of denying your age to discussing escapism and hard-boiled eggs, this captivating compendium is a great find for those long and tiring holiday travel days.
Record of a Night Too Brief by Hiromi Kawakami ($14): Recently translated from the original Japanese version, this new Hiromi Kawakami collection tells three stories of young women who experience unsettling loss and romance. One woman experiences a dreamlike adventure with a porcelain girlfriend and strange monsters, another mourns her invisible brother, and a third befriends a snake-turned-human.
The Doomsday Machine by Daniel Ellsberg ($30): Daniel Ellsberg, the whistle-blower who revealed the Pentagon Papers, highlights the dangers of a top secret 70-year-long nuclear policy in this can't-miss new exposé. For perhaps the first time in history, readers are treated to a candid look at the nuclear strategy of the late Eisenhower and early Kennedy years and the dangerous arms buildup that continues to this day.
The Only Girl in the World by Maude Julien ($27): Maude Julien's childhood could only be described as something out of a horror movie. With fanatic parents who believed that it was their sacred duty to turn her into the ultimate survivor, she held electric fences for minutes without flinching, learned to stay perfectly still in a rat-infested cellar, and lived a life without heat or adequate food. Befriending animals and escaping in stolen novels, Maude survived until an outsider arrived nearly a decade later. She recounts all this and more in her shocking memoir being released this December.
Enchantress of Numbers by Jennifer Chiaverini ($27): Jennifer Chiaverini explores the fascinating life of the world's first computer programmer Ada Byron King, Countess of Lovelace, and daughter of famed poet Lord Byron in this stunning new read. Growing up with a rigorous education grounded in math and science thanks to her mother's influence, Ada is introduced into London society and kindles a new friendship with inventor Charles Babbage. Set on helping him finish his calculating machine and the more advanced Analytical Engine, she ignores the skeptics who find her behavior horrifying for a woman of her background and becomes the HBIC she was always meant to be.
The Lost Prayers of Ricky Graves by James Han Mattson ($15): Five months after heartbroken Ricky Graves took the life of a classmate and himself, their community is still deep in mourning. Told in alternating first-person narratives with e-mails, LGBTQ+ chatroom messages, and social media blasts throughout, this necessary story of grief, identity, and forgiveness will live with you long after you close the back cover.
We'll Sleep When We're Old by Pino Corrias ($26): Oscar Martello is the man in charge — not only is he the president of a highly successful film production company in Rome, but he's a self-made man whose highly cutthroat nature has paved his was to success. But when a deadly fire overwhelms his villa, he mysteriously goes missing and all evidence points to the beautiful actress and Oscar's personal muse, Jacaranda Rizzi.
One Station Away by Olaf Olafsson ($26): New York-based neurologist Magnus has been deeply affected by three outstanding women in his life — his mother, a struggling pianist who is finally seeing her hard work come to fruition; his lover, a dancer who experiences an untimely death; and a mysterious comatose patient. Olaf Olafsson expertly weaves all of these stories together to create a stunning novel about life-changing relationships.
Three Daughters of Eve by Elif Shafak ($27): Set over a single evening in contemporary Istanbul, a beautiful Turkish woman named Peri attends a dinner party where she must come face-to-face with all the cruel realities of her current world — of the increasing terrorist attacks in the city, of her confusion regarding her faith, and of long-lost friendships she made as a young woman at Oxford.
The World Goes On by László Krasznahorkai ($25): This collection of short stories by Hungarian science fiction writer László Krasznahorkai centers around a single narrator as he tells 11 complex tales. Featuring a non-traditional style of narrative, this collection is perfect for adventurous readers in search of a new literary challenge to tackle over the holidays.

Ashley Macey
Ashley Macey is a lifestyle freelance writer who loves all things fitness, wellness, and creativity. When she's not exploring her home in the Pacific Northwest with her dog Max, you'll probably find her curled up with a good book and some hot tea. Follow her daily jaunts on Twitter.
Books
Creativity
Books