New Study Says Coffee Could be Key to Living Longer 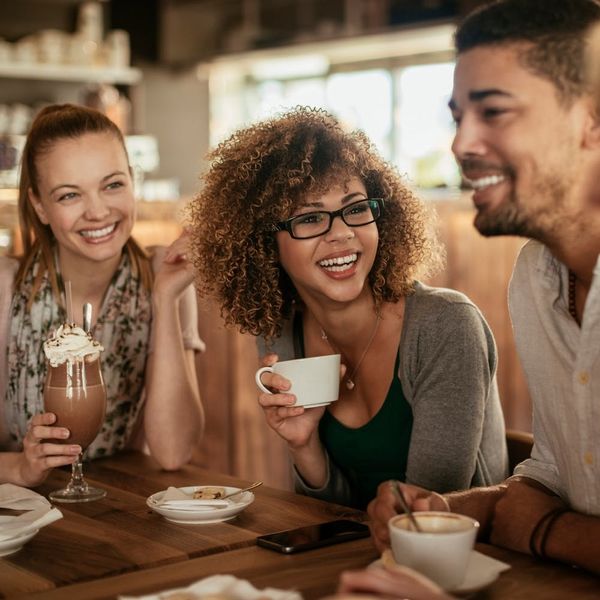 Few things in this world are as wonderful and as necessary as everyone’s fave bevvie: coffee. Whether you drink it black, prefer it as a popsicle, or swear nitro coffee is the healthy buzz your life has been missing, coffee can sometimes feel like a lifesaver. Now, a new study is shedding some light on the very REAL effects sipping your favorite cup of caffeine can have on your health.

According to a report from the International Agency for Research on Cancer (IARC) and Imperial College London, researchers found that people who drink around three cups of coffee a day could live longer than their non-coffee drinking besties. The coffee lovers who took part in the nearly 16-year study saw a lower risk of death from all causes, especially circulatory diseases and diseases related to the digestive tract.

Good news for all of you decaf fans too. The study found that decaf coffee had a similar effect. Researchers did note that it can be difficult to tell if the decaf drinkers drank regular coffee throughout different periods of the study, so the results may not be as conclusive.

The study included over half a million people over the age of 35 and took place across 10 countries throughout Europe, making it the largest of its kind. Statistical adjustments were made for lifestyle factors such as diet and smoking. After 16 years, the researchers found that the group that drank the most coffee, compared to the group that drank none, actually had the lowest risk of death for things like cancer, circulatory diseases, heart failure, and stroke. The results were similar even with variable coffee consumption habits across Europe — for example, people tend to drink more cappuccinos in the UK vs. espressos in Italy, and the Danish drink the most coffee, at about 3.8 cups daily, while Italians sip on less than a cup.

Of course, more research is needed to find out exactly why coffee may be lowering the chance of death, but researchers are feeling hopeful, as separate studies done in the US and Japan have shown similar results. Professor Elio Riboli, head of the School of Public Health at Imperial added, “These findings add to a growing body of evidence which indicates that drinking coffee not only is safe, but it may actually have a protective health effect for people.”

Kelsey Nelson
Kelsey Nelson is a born-and-raised Ohioan living life in South Carolina. She thrives at binge watching Netflix, contemplating what to order at the bar and running any trail or road she can get her feet on. In addition to being a Brit + Co contributor, she writes about southern pleasantries, DIY mishaps and more at North Living South. If she isn’t writing or running, she’s off adventuring with her husband Brad and their Lab/Dachshund mix, Gordy.
Coffee
Health
Coffee Healthy Living study
More From Health