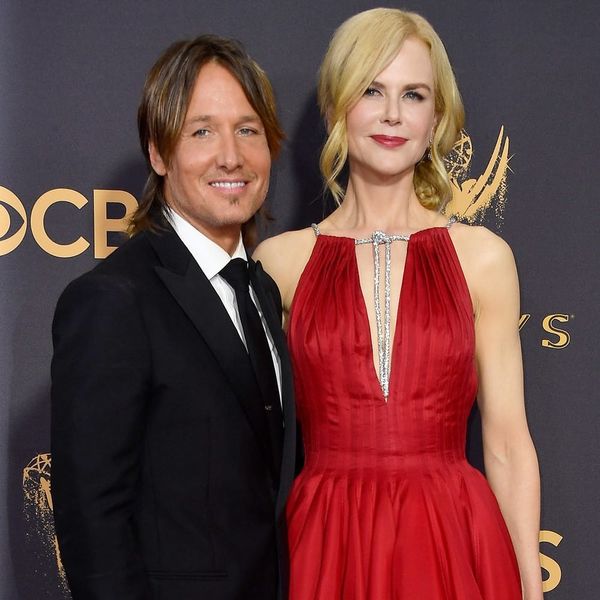 She’s known for her classic and elegant red carpet style, but Nicole Kidman is no stranger to taking fashion risks on the red carpet — like at the 2017 Emmys, where she rocked mismatched shoes.

We know, you probably missed that tiny detail on her stunning pink Calvin Klein heels, but it’s true: the Big Little Lies actress finished her red, tea-length Calvin Klein gown with hot pink mismatched stilettos… and we are obsessed.

The incredible first season of HBO’s Big Little Lies swept the awards show this year, nabbing eight wins out of 16 nominations, including Kidman’s win for outstanding lead actress in a limited series.

Would you rock a pair of mismatched shoes like Nicole Kidman and Naomie Harris? Tell us over @BritandCo.

Arielle Tschinkel
Arielle Tschinkel is a pop culture junkie who went to NYU because the Olsen twins went to NYU (really). She is a freelance writer whose work has also been featured on HelloGiggles, Refinery29, SheKnows, Bustle, Hollywood.com, and many others; and she's living her dream one Britney Spears GIF at a time. Follow her on Twitter @mrstschinkel or visit her website at arielletschinkel.com.
Celebrity Style
Red Carpet
Celebrity Style Emmys Red Carpet Shoes
More From Red Carpet