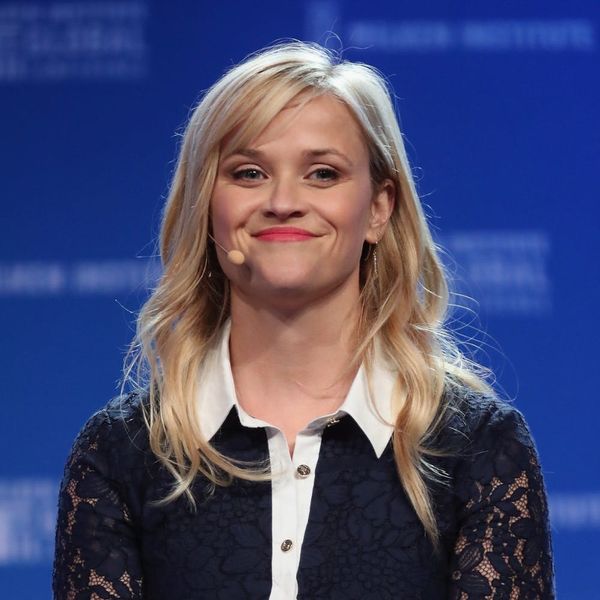 It’s a BIG day for season two announcements. While we’re still texting friends the news that 13 Reasons Why has officially been given the green light to continue the story (with the shocking news that Hannah Baker will be back as well), now it looks like Reese Witherspoon may have just revealed that Big Little Lies will be getting a second season. That’s right! Madeline, Celeste, and Jane are coming back for more mystery, mischief, and… murder?

While there’s been no official announcement about the future of the incredibly popular mini series, Witherspoon took to Instagram to share a pic of herself with two very familiar faces together once again.

Spending #SundayFunday with these ladies ... working on some new lies 🙈🙉🙊

Reese herself has a knowing grin in the snap, while beside her sits her Big Little Lies co-stars Laura Dern and Nicole Kidman (flashing *two* encouraging thumbs up — another subtle hint?). While this alone might be a good sign, it’s the actor’s caption that’s especially exciting. “Spending #SundayFunday with these ladies … working on some new lies 🙈🙉🙊.”

New lies? OMG! That could only mean one thing. More lies = another season. At least, fans are keeping their fingers crossed that that’s the meaning behind Witherspoon’s message. And with the wild success of season one, it would only make sense to have the ladies come back with more (even bigger) lies.

Desiree O
Desirée O is a ‘Professional Bohemian’ who loves anything and everything related to the arts, entertainment, and pop culture. She ADORES being a ‘Newsy’ for Brit + Co, covering all of the latest tidbits of awesomeness that you want to read about. When she’s not writing, she’s either making messy art, going on long adventurous walks with her camera, or poking around over at bohemianizm (http://www.bohemianizm.com/). You can find out about Desirée O and her work at http://DesireeO.com/ or follow her on Twitter @DesireeO.
Instagram
TV
Instagram social media Streaming