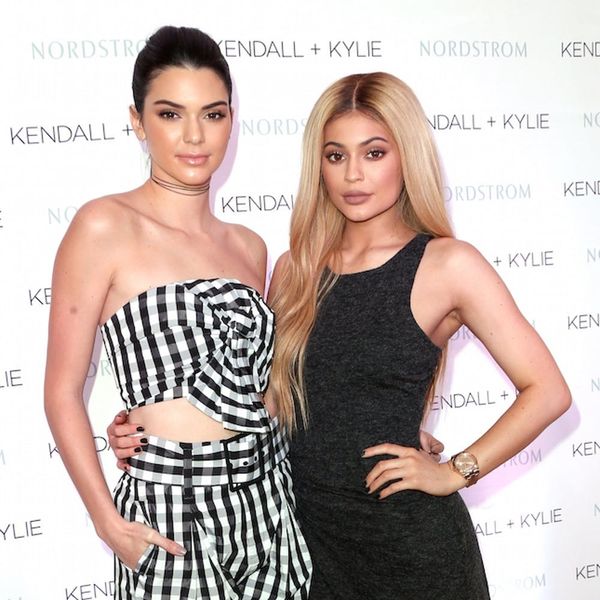 1. Welp, you won’t see anything cuter than this today. In an Easter Sunday Instagram video posted by Kylie Jenner, North West and her cousin/BFF Penelope Disick are running around the house pretending to be their aunts Kylie and Kendall. “What’s your name?” Kylie asks each of them, and they both respond as Kylie and Kendall. DEAD. (via @kyliejenner)

2. Miley Cyrus took her engagement ring out to a Knicks game this weekend. Is it just us, or is this thing looking sparklier than ever? Miley, her sister Brandi and their mom Tish took in a Knicks vs. Cavaliers game this weekend, and seemed to have a hell of a night, goofing off courtside and even ending up on the Jumbotron! Miley and fiancé Liam Hemsworth reunited earlier this year, and if this is any indication, still seem to be going strong. (Via @mileycyrus, Photo via Al Bello/Getty)

3. Um, David Beckham sewing tiny doll clothes for his daughter is sort of everything. “Harper has daddy stitching her dollies dresses!!!,” Victoria Beckham wrote on Instagram below a photo of just that — David Beckham sitting on the floor of their house in sweats following some wee doll dress patterns. “We love you @davidbeckham #lovingdaddy #proudmummy #familyfun 🙏🏻 x v.b” (via @victoriabeckham)

4. The dream of the ’90s is alive in the Smashing Pumpkins. ’90s alt girls, now’s the time to start sending all your best vibes to original Smashing Pumpkins bassist D’arcy Wretzky — because if she comes back, it’ll be nostalgia heaven. Billy Corgan and James Iha played together for the first time in 16 years this weekend, doing some songs from their classic Siamese Dream album, and bringing the band’s classic lineup that much closer to completion. TBH, we’re not even sure this is a reunion we knew we needed, but the power of MTV memories compels us! (via Rolling Stone)

5. This koala caused the most adorable and most Australian traffic jam of all time. Honestly, this koala is all of us on a Monday morning. The video is totally worth seeing. (via Facebook)

6. Quote of the Day: “It’s not possible to be stressed about something when you’re being grateful for it.” — Brene Brown

What are your tips for getting through Monday? Let us know on Twitter @BritandCo!