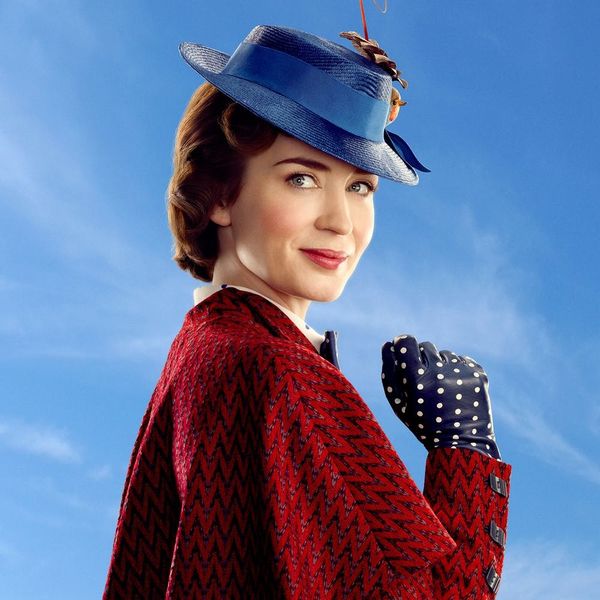 The official trailer for Disney’s Mary Poppins Returns is finally here — and it was well worth the wait.

In the movie, Mary Poppins (Emily Blunt) visits the grown-up Banks children 25 years after she first nannied them. Now, they have children of their own, and after Michael Banks (Ben Whishaw) experiences a devastating loss, the magical nanny steps in to help the family rediscover the joy in their lives — not a moment too soon.

“You seem hardly to have aged at all,” Michael tells Mary, who replies, “Really? One never discusses a woman’s age, Michael.”

When Jane (Emily Mortimer) asks what brings her here, Mary answers matter-of-factly, “Same thing that brought me the first time. I’ve come to look after the Banks children.”

Like the beloved original, Mary Poppins Returns will feature both animation and live-action, and the new trailer gives us a sneak peek at a stunning sequence featuring dancing penguins, a flying bicycle, a trip under the sea, and an appearance by original cast member Dick Van Dyke, who, of course, appeared in the 1964 film as Bert the chimney sweep.

Recently, the release date for the sequel was moved up from Christmas day to December 19, so we’ll be able to see this sure-to-be instant classic even sooner. Watch the full trailer above.

Are you excited for Mary Poppins Returns? Let us know @BritandCo!