Is LED Wallpaper the Future of Lighting? 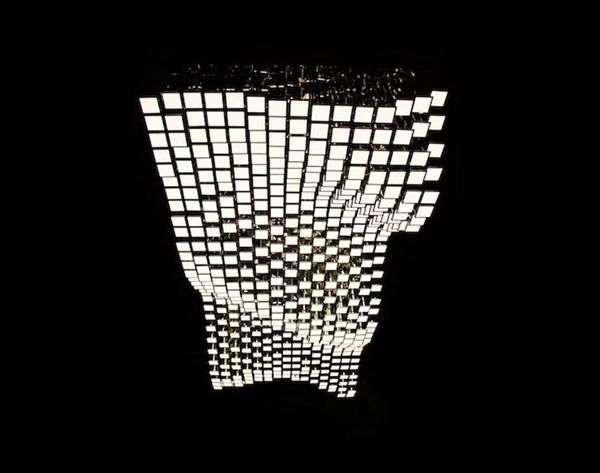 Our food is organic. Our makeup is organic. And now it’s looking like even our lighting might soon be organic. We know it sounds a bit over the top. But before you brush off the idea, hear us out: Organic LEDs (OLEDs) use half as much energy as a standard fluorescent fixture and can be laminated to walls or ceilings in large sheets — so imagine something like LED wallpaper. This flexible, ultra-thin lighting is made from the same material used in smartphones and TVs. It runs cooler than standard LEDs, which means you can forget about those bulky florescence fixtures — this material is only 1.8 millimeters thick. All of this sounds ideal, but there is one major catch: these lights cost ten to 100 times more than conventional lighting.

Hopefully that won’t be the case for long. A startup called Pixelligent has recently discovered a way to double or even triple the OLED output via nanoparticles. Kodak’s former OLED division has also branched out into a business that is now called OLED Works, which is working to develop cheaper manufacturing techniques. The idea is that as all these companies begin to work more with the new technology, the cost will gradually drop.

Part of the reason this lighting is so expensive is because manufacturers typically use it when creating high-resolution displays. OLED Works is currently trying to reengineer the equipment so it can be produced quicker and more efficiently.

Although it’s already impressive, like any new technology, OLEDs have not yet been perfected. OLED lighting blends red, green and blue light, but the blue light emitted is relatively inefficient. A University of Michigan professor recently published a piece which proposed an idea that could potentially solve this problem, but more research is going to have to be conducted before the solution is found.

Currently OLED lamps cost as much as $9,000, but don’t lose hope just yet. Dutch electronic company Philips aims to introduce OLED products by the beginning of 2017 that cost $600 to $1,600. It’s still not cheap, but in a world where energy is becoming an increasingly crucial resource, an efficient material like this could make all the difference.

What’s your take on this innovative lighting material? Have you heard about any energy efficient illumination we should know about? Please share!

Cortney Clift
Cortney is the senior writer and special projects editor at Brit + Co. She typically covers topics related to women's issues, politics, and lifestyle. When she's not buried behind her computer you'll find her exploring New York City or planning her next big adventure.
science
Tech
science
More From Tech