OMG! Even MORE Gilmore Girls Episodes May Be Coming 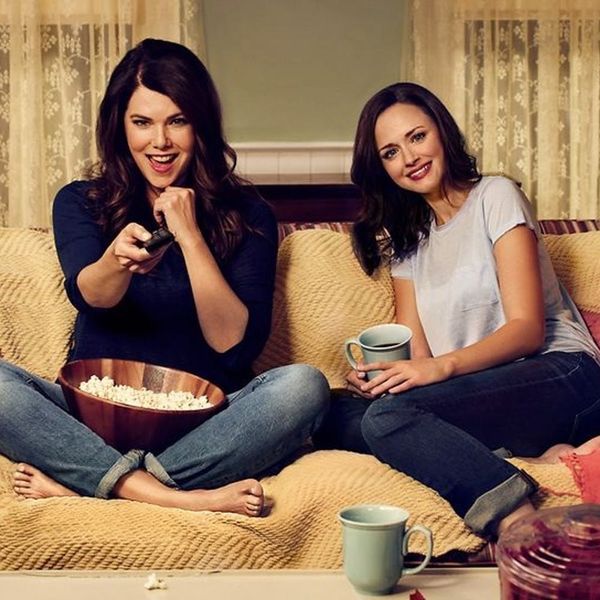 Exciting possibilities (what does Rory’s room tell us?) and major hints (JESS! JESS! JESS!) are getting us giddier than ever for the return of our fave show, but this might be the most exciting possibility of all: Even MORE Gilmore Girls episodes may be coming. Eee!

While chatting with Metro, the original Gilmore Girl herself, Lauren Graham (Lorelai), talked about the return to Stars Hollow, and while she was happy to address her thoughts on the new episodes we’re about to see in A Year in the Life, the possibility that ever MORE episodes may be coming wasn’t denied. In fact, it was nearly hinted at.

“I love it so much that I would just want to do what’s best for the show,” Lauren first added when asked about continuing their story. “I think what we’ve done was such a great piece, this mini-series to me was incredibly gratifying.”

Gilmore Girls: A Year in the Life. Coming soon.

Though that sounds as if she might be ready to wrap things up once and for all, she dropped a major (exciting) truth-bomb. “Amy always had the Sherlock model in mind,” Lauren continued, speaking about the show’s creator, Amy Sherman-Palladino. “Some years it’s three, some years it’s one, some years they go back in time. So perhaps we need to go back in time? I don’t know, it’s hard to say.” Hard, but amazing!

And there are certainly plenty of possibilities of where they could take the story: Rory’s adult life (career, love, family?), Lorelai and Luke’s relationship (marriage, baby?), Emily’s life after Richard’s passing, and all of the other beloved characters and their tales that made up the tiny yet amazing world of Stars Hollow.

When asked about the conclusion of the four new episodes, Lauren responded with, “I don’t want to say the word ending because I don’t wanna.” We don’t wanna either.

For now, get ready for the four new extended episodes that hit Netflix on November 25.

Would you love to see more Gilmore Girls episodes? Tweet us @BritandCo!