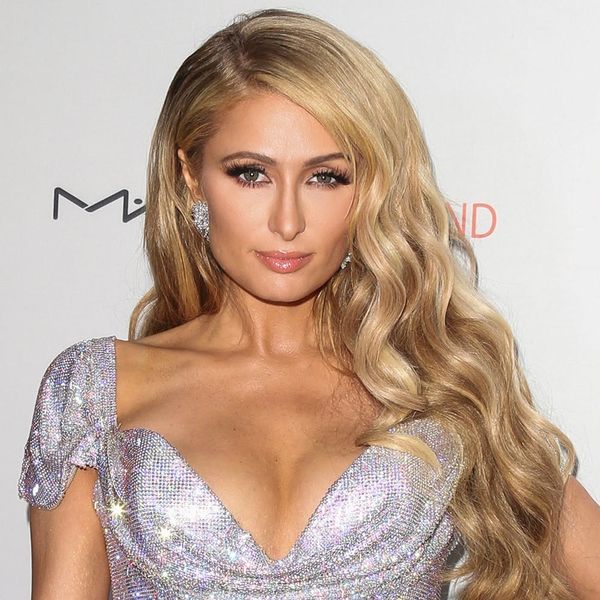 Paris Hilton, former teenage rebel model, attended the Hollywood Beauty Awards on Sunday where she accepted the award for Fragrance of the Year for her perfume “Gold Rush.” But what stunned wasn’t just her shining statuette. The heiress-slash-entrepreneur wore a dress that cost probably more than your apartment.

Designed by August Getty, this iconic creation is called the “Million Dollar” dress, a cap-sleeved confection with a plunging neckline. Although the actual worth of the dress is more in the ballpark of $270,000, the luxe details it offers could easily make any woman feel like a million bucks.

So what is it exactly that makes this frock so precious? Well, it’s covered in 500,000 Swarovski crystals, for one thing. What’s more, it took five people eight months to make the whole thing. Two months were spent in concept design alone, with six months spent fashioning the gown. Holy. Cow.

In its short lifetime, this masterpiece has also been worn by Gigi Gorgeous at the Sundance Film Festival to promote her documentary This Is Everything: Gigi Gorgeous earlier this year. Just look at how she dazzled. Worth every penny?

What do you think of Paris Hilton’s luxe look? Let us know @BritandCo!