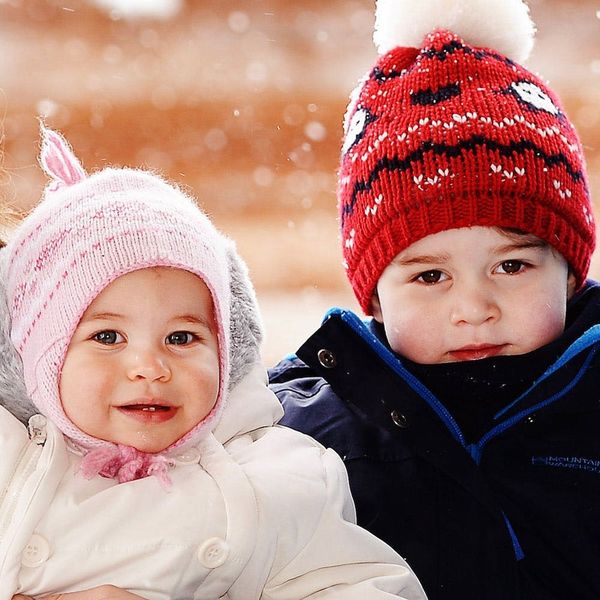 We know that Kate Middleton is a total style icon, a fan of Lululemon, a guest editor for Huffington Post, a business woman and, oh yeah, a duchess. Prince William, Kate Middleton and their adorable tots might be royalty and all, but at the heart of it, they’re also a just young millennial family. Perhaps it’s never been more obvious than during recent photos released by the royal fam while on vacation in the French Alps. We dare you to try getting through this post without cracking a smile.

Clearly, they’re just having some fun in the snow… with a professional photographer in tow, of course. The photographs were shot after the young family arrived for a brief winter vacay last Wednesday. According to a Buckingham palace spokesperson, “This was their first holiday as a family of four, and the first time either of the children had played in the snow. It was very special and fun short holiday for the family.”

The parents of two are having a blast pelting each other with snowballs. Serious #RelationshipGoals right here.

And from the photos, you can tell the kiddies are pretty thrilled about their first time playing in the storm too.

I mean, those adorable faces are just priceless.

What do you think of these photos? Tweet us @BritandCo!

Kimberly Wang
Kimberly Wang writes about all things pop culture, tech, style, and beauty. She's a Bay Area transplant and has an MFA in Creative Writing from Columbia University. On a sunny New York day, you can find her hanging out with her mini schnauzer Isabelle Jellybean on a blanket in Central Park.
Kate Middleton
Pop Culture
Kate Middleton Royal Family Winter