The Psychology Behind Ghosting + A Better Way to Break Up 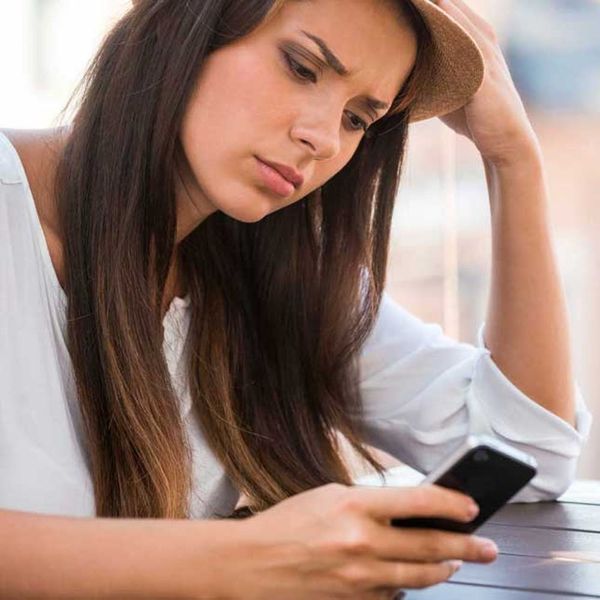 Chances are you’ve been “ghosted” before. Ghosting is when someone you’re dating ends the relationship by cutting off all communication, without any explanation. And we’re not talking about not getting a text back after one awkward OkCupid date. We’re talking about the ultimate silent treatment after several dates, or when you’re in a committed relationship. And while this post focuses on romantic relationships, it’s worth noting that ghosting can also happen — no less painfully — in platonic friendships as well.

So, as you may already know from experience, we can’t simply categorize ghosts as bad people with no respect for others’ feelings.

There are many psychological reasons why someone ghosts, but at its core, ghosting is avoidance and often stems from fear of conflict. Ghosting is about wanting to avoid confrontation, avoid difficult conversations and avoid hurting someone’s feelings.

It’s important to distinguish the “ghosting” phenomenon from escaping an unsafe or abusive relationship. You have every right to escape those situations without further communication, in whatever way keeps you physically and emotionally safe. However, if your motivation for disappearing is avoidance, then you might want to consider a better way to break up.

Ghosting is costly for both parties

Relationship research shows that ghosting (AKA avoidance) is the worst way to end a relationship — according to the recipient — and can actually lead to bigger confrontations down the line. While ghosting seems to have become pervasive over the last decade and many people point to more online dating apps and fading decorum around courting as causes, ghosting is nothing new.

According to a study on preferred relationship-ending strategies conducted in the 1970s, when one person ends a relationship through avoidance, it’s likely to trigger more anger and hurt for the recipient. Surprisingly, avoidance also costs the ghost much more in the long run, because frustrated recipients often track down and confront the ghost, sometimes in embarrassing situations like at work or in front of family. Yikes.

For someone who chose to avoid conflict in the first place, a showdown is the worst outcome a ghost could hope for — and it ends up being more destructive for both parties than just initially communicating during a breakup. The study also explains the lasting cost of guilt that a ghost feels, finding that “even if the other party passively accepts the avoidance action, the terminator faces the lingering cost of knowing that he or she took the coward’s way out of the relationship.”

Most people don’t look forward to tough conversations, and breaking up certainly falls in that category. Fear of disappointing someone, looking like the “bad guy” or dealing with someone’s direct anger can cause anxiety. But the more you avoid conflict, the more anxiety builds over time.

Each time you think about having a tough conversation, your anxiety and fear of conflict take over and you avoid the conversation to suppress your fear. The more you back down from your anxiety, the more likely you are to avoid anxiety-producing situations in the future. In fact, a frequent ghost is probably avoiding conflicts throughout their relationship. And many of the issues they avoid are likely problems that might have been sorted out through open communication.

By working to overcome fear of conflict, you can reduce anxiety and build courage and communication skills that are important in many types of relationships, from friendships to the workplace.

How to overcome your fear of conflict

1. Practice with someone safe to face your fear. One of the best ways to confront your fear of conflict is with a Cognitive Behavioral Therapy (CBT) technique called exposure. Exposure means putting yourself into the situation you fear in real life to gradually lessen your usual anxious responses to the situation. You don’t have to tackle the scariest conversations first. Build up to the toughest ones — like relationship discussions — by practicing with someone you trust and feel comfortable around, like a close friend or family member. If you struggle with disagreements, you can start by expressing your opinions about impersonal things like a movie or a restaurant when they differ from your friends’ thoughts.

Confronting your fears gets easier the more you do it. So, after practicing with someone safe, you’ll be ready to start exposing yourself to more difficult conversations. These could include small disagreements with your significant other. Over time, you’ll conquer your fear of conflict and tendency to avoid hard conversations.

2. Take care of yourself. Exposure will probably be uncomfortable or difficult, so take care of yourself before and after. Breakups can also be as hard on the person ending the relationship as the person being broken up with. You may feel guilt over initiating a breakup, or even guilt over your sadness that it ended, since you initiated the split. Keep in mind that caring about someone and wanting to be in a relationship with them are separate things.

After exposure or a difficult relationship discussion, try taking a relaxing ten-minute walk, practicing a breathing exercise or enjoying a long bath. Give yourself credit for confronting your fear.

This article was previously published on Lantern by Maya Borgueta, Psy.D and Whitney Akers. Photos via Getty.