Ryan Gosling’s Life Lessons For His Daughter Are Pure Gold 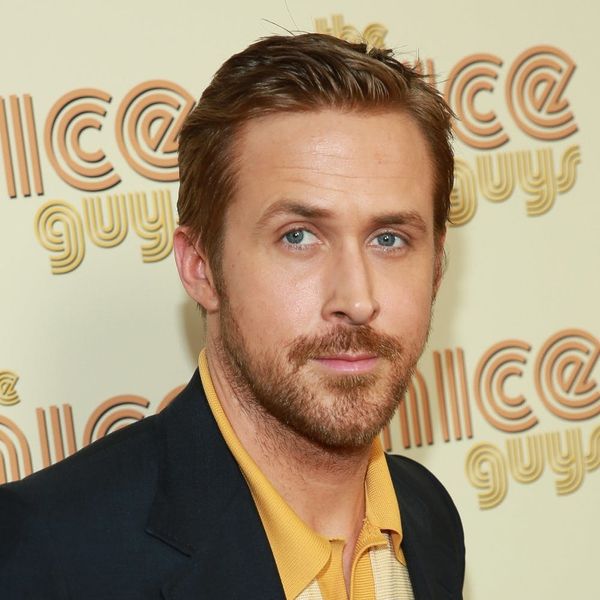 While Ryan Gosling is currently making the media rounds to promote his new movie The Nice Guys co-starring Russel Crowe, those doing the interviews are just as (if not more) excited to talk about his little girls. Shocking fans with the news of a super stealthy welcome into the world for his second baby with partner Eva Mendes, Ryan is showing off his cheeky sense of humor while discussing what life is like as a father.

Taking some time to talk with Ellen DeGeneres, Ryan mentioned one of the essential parts of life that he’s teaching his little toddler, Esmeralda, all about. What might those be? Well, graffiti and vengeance, of course.

“When I was a younger man I had a fantasy of getting into the graffiti world,” the now 35-year-old explained to Ellen. “I heard that if you tag over someone else’s that that’s how you start a battle. So I did this for a few months, and no one ever bothered to battle with me because I was so bad at it.” Now, Ryan might finally get just what he wanted. Regularly visiting the park with his 19-month-old, Gosling’s little “Es” has been drawing around the playground with chalk. But that’s not all.

“Some kid has been erasing her name and writing their name over it. So now I’m in a proper tagging battle,” Gosling said with a warped sort of glee. “I’m trying to explain to my little girl that this is [unacceptable]. She doesn’t care. She’s like, ‘Well let’s just chalk anywhere else,’ and I’m like, ‘No, no. They’re disrespecting your mother. Because, she gave you this name and they’re erasing it.’” *Insert laughing till crying emoji*

So what does he advise little Esmeralda to do in this street art battle? “[T]he only way to really get back at them is to erase their name. And not disrespect their mother, but definitely put her on notice. Because I think she’s the chalk supplier.”

The real trick, though, is teaching your toddlers where to draw the line when it comes to pay-back. “You’ve got to be careful when you’re trying to teach your kid what a reasonable amount of vengeance is.” Good point. Maybe. Or maybe not.

Granted, we’re sure Ryan is just being silly, but it’s pretty darn funny, nonetheless. Check out for yourself in the interview below.

What silly lessons have you taught your little one(s)? Tweet us @BritandCo!