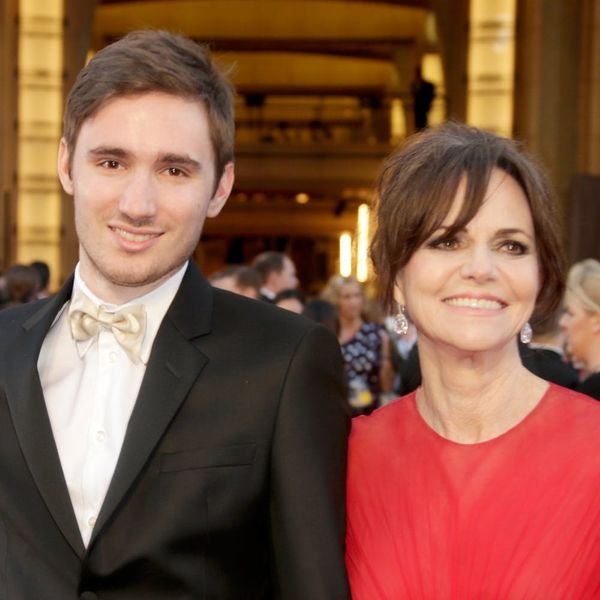 Figure skater Adam Rippon has been a breakout star of the 2018 Winter Olympics in PyeongChang. He helped Team USA win the bronze in team figure skating, he’s the first openly gay US winter Olympian (along with freestyle skier Gus Kenworthy), and he’s not shy about being outspoken on major issues. All of this has seen the young skater’s star rise — including with actress and Hollywood legend Sally Field, who’s trying to play matchmaker between him and her son.

Field’s son, Sam Greisman, tweeted a screencap of a text convo with his mom, where she says she thinks they’d make a good pair. “Sam…He’s insanely pretty,” the text from Field reads. “Find a way.”

Greisman shared the screencap with an only slightly embarassed caption. “Just some really helpful advice from my mom on how to deal with my Olympic crush,” he wrote.

Field then later quote-tweeted Greisman’s post, making sure to tag Rippon so he’d see it. Her son’s response? “Yikes.”

Just some really helpful advice from my mom on how to deal with my Olympic crush. pic.twitter.com/shYCXwNOMf

Field isn’t the only celeb tweeting at Rippon to get his attention — Britney Spears sent some encouraging words to the skater over the weekend, and just before the games started, Reese Witherspoon sent her love and support, too, igniting a pretty sweet Twitter friendship between the two.

So far, Rippon hasn’t responded to Field’s request for a meeting with her son, but if his Twitter presence is any indication, he’ll at least have a little fun with it.

Do you have any Olympic crushes this year? Let us know @BritandCo!