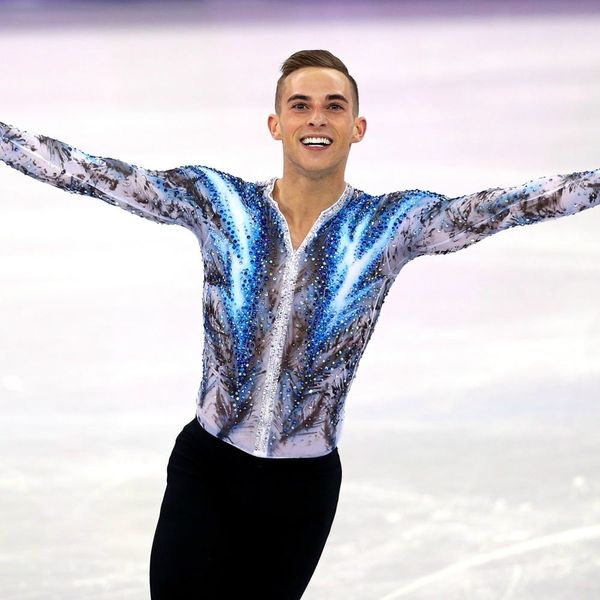 Adam Rippon has made a name for himself in figure skating. The first openly gay skater not only made Coldplay cool to a new generation of people after using their song during his performance in the team skate program, but he has been making waves since back in January after he told the BBC that if he won a medal at the Olympics, he would not accept any invitation from the White House to celebrate.

With Team USA Figure Skating taking home the bronze medal for team skate, Rippon will most certainly be invited to celebrate with President Trump and the rest of the team, but Rippon will be absent, instead using his time to “do something positive,” he says.

According to a report in USA Today last month, the verbal back and forth began when Rippon was asked about VP Mike Pence’s selection as ceremonial leader of Team USA during the Olympics. Rippon replied, “You mean Mike Pence, the same Mike Pence that funded gay conversion therapy? I’m not buying it.”

While the VP’s press secretary tried to do some damage control, even reportedly offering to speak directly to the figure skater, Rippon refused, saying he wanted to wait until after his competition was done so as to not upset his winning mindset.

With the 28-year-old’s win alongside his entire figure skating team over the weekend, a White House meet and greet is definitely something more likely to happen, but Rippon told the UK’s Daily Mail that he’d rather be productive with his time.

“I have no desire to go to the White House. But I would like to do something to help my [LGBTQ+] community,” he said, adding, “I have kind of spoken out a lot and I’d I like to do something positive and not just stay at home.” As for what that is and how he’ll do it, that remains to be seen, but Rippon’s outspoken nature will surely land him something great.

What do you think about Adam Rippon’s remarks? Let us know @BritandCo!

Kat Armstrong
Kat has been a writer, social media maven and mom for longer than she's willing to admit. She's also spent time in front of and behind the camera, interviewing celebs, politicians and acting as a producer for fashion and artistic photography shoots. When she isn't writing for various orgs and publications, she's hanging with her kids, husband and French Bulldog, Peter, in Toronto, Canada.
LGBTQ
Gender Issues
LGBTQ Olympics Politics
More From Gender Issues