Sam Heughan on Ghosting, Backpacking Around the US, and ‘The Spy Who Dumped Me’ 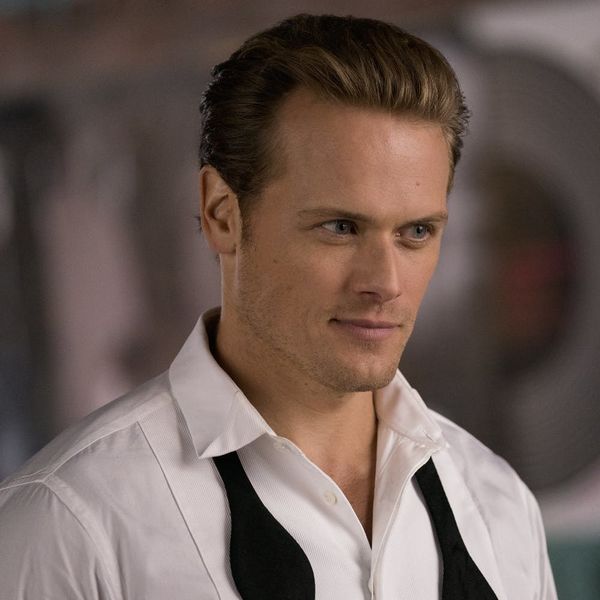 Outlander fans already know and love Sam Heughan for his work as Jamie Fraser in the sweeping, romantic Starz series, but people who don’t watch the show are about to find out what they’ve been missing. The handsome Scottish actor stars opposite Mila Kunis and Kate McKinnon in The Spy Who Dumped Me, and while his character, Sebastian, is very different from Jamie, Heughan is as magnetic as ever in the role.

Heughan’s Sebastian is an MI6 agent who tracks down Audrey (Kunis) and Morgan (McKinnon) after Audrey’s CIA ex-boyfriend, Drew (Justin Theroux), breaks up with her — via text, no less. So what’s the worst way the actor himself has ever been dumped?

“Probably by emoji. I can’t even say. Just the big brown one,” he joked to Brit + Co at a recent press day for the movie. “No, I’ve never been dumped by emoji. I mean, I’ve said it before, but I think ghosting is really overlooked. Especially as a spy, you should definitely ghost more. Spies, I think, probably have a very hard time dating.”

When we asked about the wildest adventure he’s ever been on with a friend, Heughan recalled a backpacking trip around the US when he was younger. “It’s a great way to see America and how vast it is,” he shared. “[I was with] one of my best friends — I ended up sleeping under the stars on a ranch in Texas, going to the Grand Canyon… I think I did it in about a month, maybe two months. Pretty much around the West Coast and then back up the East Coast, by bus. Pretty intense.”

Watch our full interview with Sam Heughan in the video below, and catch The Spy Who Dumped Me in theaters now.

What’s the most memorable adventure you’ve ever had with a friend? Tell us @BritandCo!