Yet Another Project That’ll Have Kindergarten Kiddos Coding 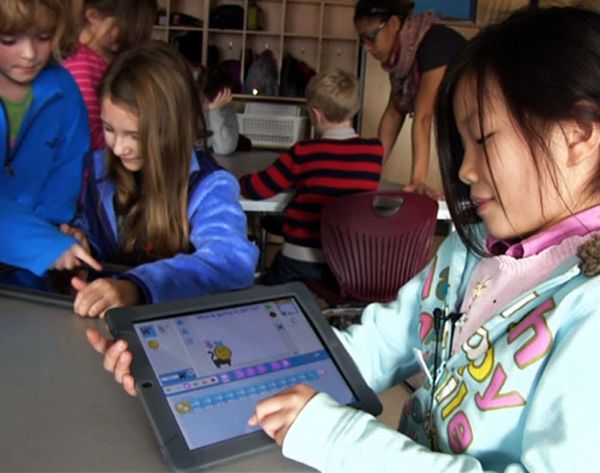 Another day, another amazing Kickstarter project to back! This latest innovation introduces a new programming language, ScratchJr, aimed at teaching kids aged 5-7 how to program their own stories and games.

ScratchJr was directly inspired by the Scratch programming language developed at MIT aimed at the age 8 and up crowd. At its most basic level, Scratch users snap together blocks dictating things like motion, sounds and looks to create a loop of actions for an object known as a “sprite.” “Sprites” can be customized — either with a drawing or a photo. ScratchJr has these same concepts, but in a redesigned interface and programming language that will match the cognitive, personal, social and emotional development levels of the younger age group.

The creators explain the importance of coding for kiddies: “Coding (or computer programming) is a new type of literacy. Just as writing helps you organize your thinking and express your ideas, the same is true for coding.” We couldn’t have said it better ourselves!

It seems we’re not the only ones — this project was fully-funded in its first two days on Kickstarter and they have over a month to go. The current plans include development for the iPad, but the team hopes to develop for Android if additional funding comes in. (Scratch runs on just about any computer — it would be great to see ScratchJr have the same reach.)

Need another reason to get on board with this Kickstarter Project? The LEGO Foundation was one of the early backers. See you there!

Seen something interesting on Kickstarter lately? Tell Us in the Comments below!