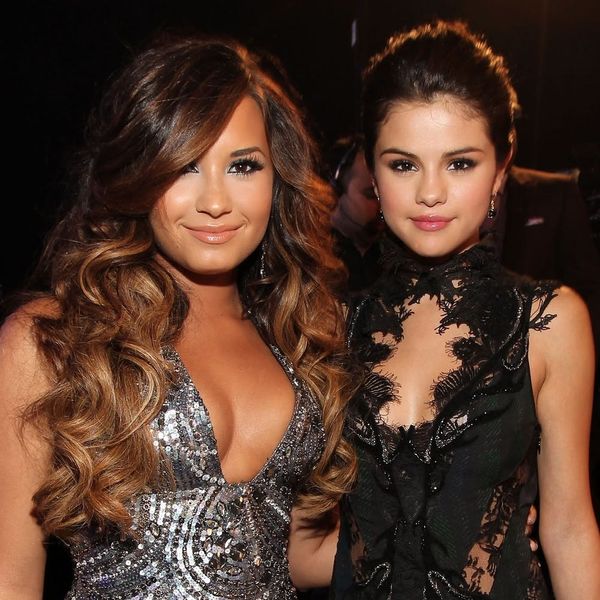 Demi Lovato doesn’t shy away from getting personal in her new documentary, Simply Complicated, opening up about everything from her past relationships to her struggles with addiction and eating disorders. Fans (who clearly appreciate her honesty and willingness to share) have been showering the doc with praise online, and Selena Gomez joined them in showing support by posting a comment to her pal’s Instagram page. (Just another example of why these two continue to be among our very faves!)

“This was beautiful. I’m so happy for you. You always continue to [be] bold and real,” the “Bad Liar” singer wrote on an Instagram pic promoting the doc. “I wish more people were like you. Love you.”

Lovato and Gomez have known each other since they were kids, when they appeared on Barney & Friends. Both went on to careers at the Disney Channel before branching out into music, which has carried them into adulthood. Their friendship has seen its share of ups and downs through the years — they’ve grown apart and back together, and weathered a couple of falling outs in the past — but Gomez’s comment seems like evidence that they’ll always be there for each other when it counts.

“We’ve been through a lot together. We’ve had periods of times where we grew apart and we just didn’t really talk,” Lovato told MTV of Gomez in 2013. “Now we are in a place where I think we realized that life is so short and that when you have people in your life that love you so much then, you should just always be around them. … She has a great soul, she’s talented, she’s beautiful, and she will always be really, really close to my heart.”

Clearly, the feeling is mutual. But Gomez is far from the only person sending love to the Camp Rock alum this week. Though Simply Complicated has been out for just a day, many Lovatics have already watched the doc, which is over an hour of music and clips that leave you feeling like you’re the “Sorry Not Sorry” singer’s new bestie.

Fans are taking to social media to share how the new documentary (and the singer’s journey) has affected them personally.

This is such an inspiration! You’re so honest and beautiful! I love you @ddlovato ❤️ #SimplyComplicated pic.twitter.com/ITx6hiQZhj

Seeing @ddlovato's journey makes me realize how strong I am, just like her💜
I'm clean since March, I couldn't be prouder#SimplyComplicated pic.twitter.com/hma4CdZKEV

demis documentary is so raw & genuine, ive loved her since camp rock & i will love her for the rest of my life, thank you #SimplyComplicated

.@ddlovato #SimplyComplicated is amazing. I'm a lucky pug to have met u and see u shine in person. Thank u for making incredible art ❤️ pic.twitter.com/xcDaMD2Ksg

Do you have a friendship in your life like Demi Lovato and Selena Gomez’s? Let us know @BritandCo!