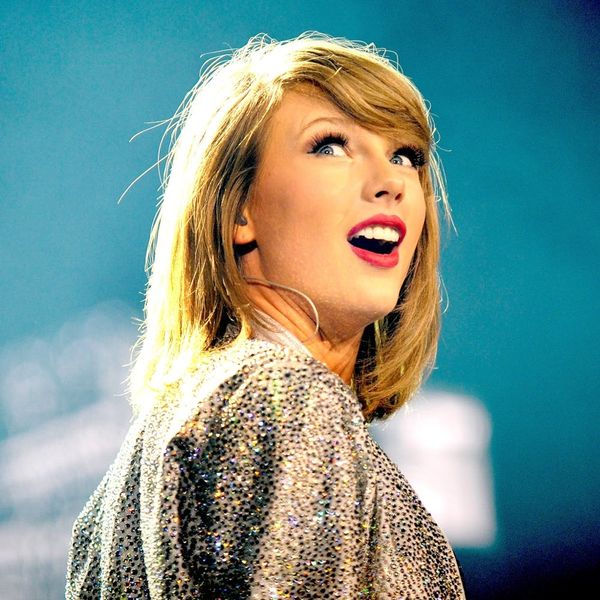 Along with their ability to sing along to every single one of her hits and school shade-throwers (including John Mayer) on the fact that Taylor Swift is one of the highest-earning musicians in the biz, hardcore Swifties are surely familiar with the singer’s love of the number 13. Her fondness for the digit stems from the fact that the songstress was born on December 13, 1989, a little known detail which pops up from time to time in various ways.

For instance, she writes the number on her hand while on tour and two of her albums, Fearless and 1989, have exactly 13 songs on their track listing. Now, Swift has been spied taking her unusual ritual to Instagram, with eagle-eyed fans taking note.

Notice anything unusual? Anything related to the number 13? Yep, you spotted it! Taylor shared the song exactly 13 seconds in. And make no mistake, this was no coincidence — it’s something she does on purpose.

Need further proof that this is a *thing*? Here you go…

She’s done it to her bestie Ed…

…and Kings of Leon too.

Rachel Platten has been 13-ed.

And just for good measure, here’s one more.

Chalk it up to just another quirky Swift-ism to add to the growing list of reasons she’s so endearing to her fans.

Do you have a lucky number? Let us know @BritandCo!

Desiree O
Desirée O is a ‘Professional Bohemian’ who loves anything and everything related to the arts, entertainment, and pop culture. She ADORES being a ‘Newsy’ for Brit + Co, covering all of the latest tidbits of awesomeness that you want to read about. When she’s not writing, she’s either making messy art, going on long adventurous walks with her camera, or poking around over at bohemianizm (http://www.bohemianizm.com/). You can find out about Desirée O and her work at http://DesireeO.com/ or follow her on Twitter @DesireeO.
social media
Celebrity News
social media Taylor Swift
More From Celebrity News