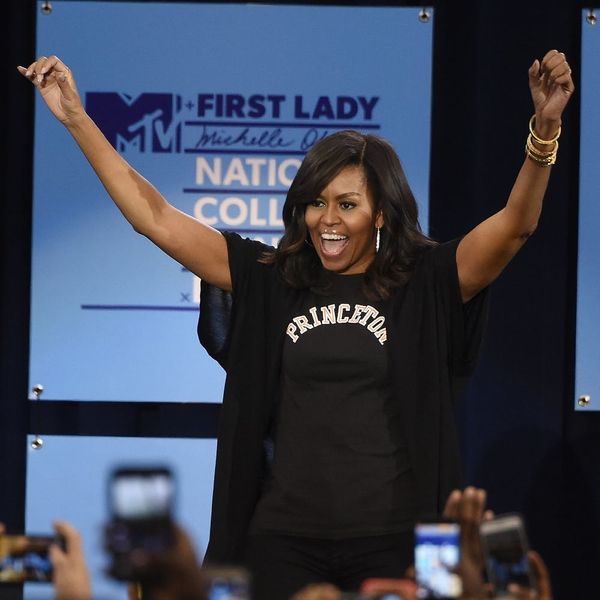 If you were totally inspired by the women’s marches that occurred around the world, pussy hats (and the story behind them) or our founder Brit Morin’s letter about empowered women empowering women (*fist-bump*), then we can’t WAIT for you to see The United State of Women.

“We are the United State of Women. And when we do better, everyone does better,” we’re told via the new video compilation, which includes some of the most famous and influential ladies around. Reminding us of the power our gender holds, the goal of this independent flick is to focus on a “game-changing, world-changing” movement that’s “turning struggle into strength.”

“We stand stronger when we stand together.” Oh yeah, we are so here for it.

So who else is here for this awesome initiative? Well, other than anyone (and everyone) who wants to jump on board, the celebs already in on the action include Meryl Streep (because duh), Kerry Washington, Dr. Jen Welter, Leah Katz-Hernandez, Amani Al-Khatahtbeh, Michelle Obama, Katie Lowes, Tina Fey and Oprah Winfrey.

And that’s just the start!

Brought to you by The United State of Women, which aims to “bring the megaphone to the women’s equality movement” and offer resources for you to get involved with causes you care about, the film gives you inspiration to do just that.

Together they ask, “You with us? Then listen up and join #StateofWomen.”

Check out the video below and climb aboard!

What do you think about the #StateofWomen film? Tweet us @BritandCo!