‘The Voice’ Reveals Its Season 13 Winner! 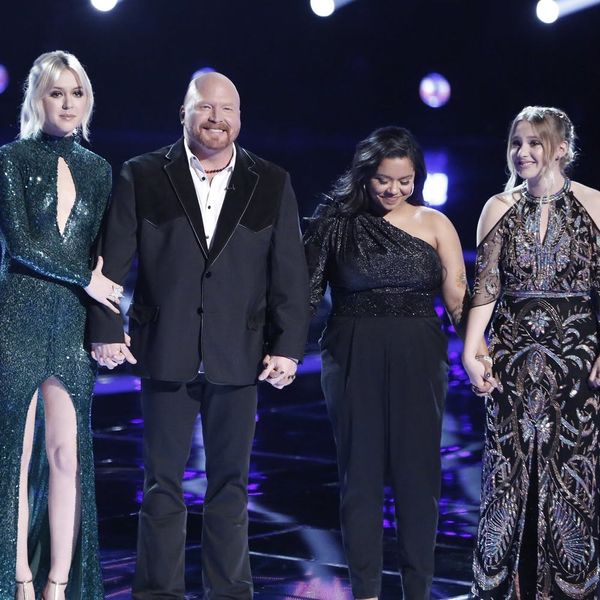 Not a bad way to start the holidays! The Voice season 13 finale aired Tuesday night, and fan favorite Chloe Kohanski was crowned the winner.

Kohanski’s win marks the sixth victory for mentor — and 2017’s Sexiest Man Alive — Blake Shelton, the most in the show’s history to date. She beat out fellow Shelton mentee Red Marlow, Adam Levine’s Addison Agen, and Miley Cyrus’ Brooke Simpson for the prize: a record deal with Universal Music Group and $100,000.

The finale was a star-studded one, featuring performances by Jessie J, Bastille, Sia, Norah Jones, Bebe Rexha, country legend Vince Gill, and last year’s Voice winner Chris Blue. Kohanski, who won viewers over with her classic ’80s and ’90s covers, even got to perform alongside Billy Idol for a rendition of his classic song “White Wedding.”

Kohanski may just be starting her recording career, but her time on the show has already seen her accumulate millions of YouTube views for her performances of Fleetwood Mac’s “The Chain” and “Landslide,” and she’s even had some chart success — her covers of Bonnie Tyler’s “Total Eclipse of the Heart” and Foreigner’s “I Want to Know What Love Is” have both reached number one on the iTunes charts.

The Voice season 14, which will see Alicia Keys return as a mentor, is set to premiere in February 2018. Congratulations, Chloe!

Did you watch the Voice finale? Let us know @BritandCo!